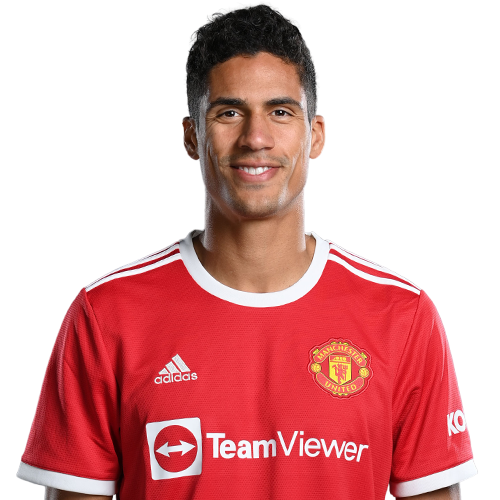 Raphaël Xavier Varane ( Born 25 April 1993) is a French professional footballer who plays as a centre-back for the English Premier League side Manchester United and the France national team.

He previously played for French club Lens and, ahead of the 2010–11 season, began training with the senior team and appeared on the bench in several league matches. Varane made his professional debut in 2010 aged 17, in a league match against Montpellier. After one season with the French club, and as a professional footballer, Varane joined Real Madrid in the summer of 2011.

Varane has been described by Lens youth coach Eric Assadourian as a "truly first-class player" who is "comfortable on both the tactical and technical level". Many ex-players and current football managers, such as Fernando Hierro and José Mourinho, consider Varane to be one of the best defenders in world football.

Varane has been described by Lens youth coach Eric Assadourian as a "truly first-class player" who is "comfortable on both the tactical and technical level". On 30 January 2013, the then Real Madrid assistant coach Aitor Karanka talked about Varane in the press conference post-El Clásico of the Copa del Rey, saying, "It's obvious that Varane has a good head on his shoulders and will keep improving."

Former France defender Frank Leboeuf believes that Varane has the potential to be better than Real Madrid legend Fernando Hierro, saying to reporters, "Many compare him to Hierro due to his technique, but on the physical level he is stronger and he is much faster." Fernando Hierro and José Mourinho have labeled Varane as one of the best defenders in world football.