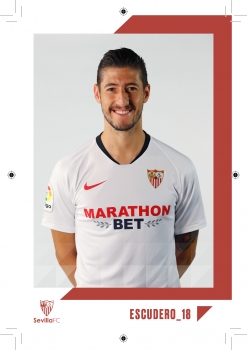 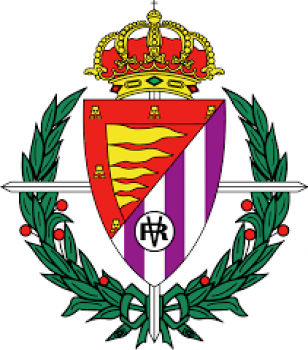 Sergio Escudero Palomo is a Spanish professional footballer who plays for Sevilla FC as a left-back.

Born in Valladolid, Castile and León, Escudero joined Real Murcia in 2007 after a six-year youth spell at local Real Valladolid, playing his first season as a senior with the B-side in Segunda División B. On 13 June 2009, he made his debut with the first team, playing the full 90 minutes in a 2–1 home win against UD Salamanca as the hosts had already retained their Segunda División status.

Escudero was definitely promoted to the main squad for the 2009–10 campaign, is the most utilized player in his position (2,250 minutes) as Murcia was eventually relegated after ranking in 20th position. In late March 2010, interest surfaced from Real Madrid, but nothing came of it.

20-year-old Escudero signed with FC Schalke 04 in Germany, alongside compatriots José Manuel Jurado and Raúl González for an undisclosed fee. He made his Bundesliga debut on 26 February 2011, playing 68 minutes in a 1–1 home draw against 1. FC Nürnberg.

Escudero was loaned to Getafe CF in late January 2013, to cover for injured Mané. His maiden appearance in La Liga took place on 2 February, as he started in a 3–1 home win over Deportivo de La Coruña.

Escudero joined the Madrid outskirts club permanently on 11 July 2013, agreeing to a five-year contract. He scored two goals in his first full season, against FC Barcelona (2–5 home loss) and Sevilla FC (1–0, also at home), the latter all but guaranteeing his team stayed in the top flight for another year.