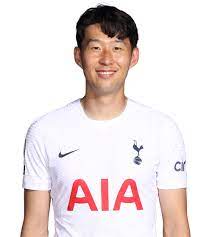 Son Heung-min is a South Korean footballer who was given birth to on the 8th of July 1992. he plays as a forward for Premier League club Tottenham Hotspur and captains the South Korea national team. He is regarded as one of the best footballers of Asian heritage of all time.

Born in Chuncheon, Gangwon Province, Son moved to Germany to join Hamburger SV at age 16,  where he made his debut in the German Bundesliga in 2010. In 2013, he was signed to Bayer Leverkusen for a club record €10 million before moving to Tottenham for £22 million two years later, becoming the most expensive Asian player in history. In Tottenham, Son became the top Asian goalscorer both in Premier League and Champions League history, and he surpassed Cha Bum-kun's record for most goals scored by a Korean player in European competition. In 2019, he became the second Asian in history to reach and start a UEFA Champions League final after fellow citizen Park Ji-sung.

A full international Cap since 2010, Son represented South Korea at international level in 2014 and 2018 FIFA World Cups and is his country's joint top scorer in the World Cup with Park Ji-sung and Ahn Jung-hwan with three goals. Son has also represented South Korea at the 2018 Asian Games, where the team won gold, as well as the 2011, 2015 and 2019 competition of the AFC Asian Cup, Korea was runner-up in 2015 Asian Cup.

Son, Kane Send Tottenham Past Leicester In Sight Of Top 4