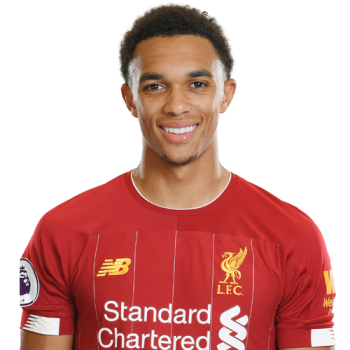 Trent Alexander-Arnold emerged from Liverpool’s Academy to become a Champions League winner before his 21st birthday.

The Scouser joined the club at the age of six and, after progressing through the ranks, the converted right-back was an integral figure in securing European Cup No.6 as the Reds beat Tottenham Hotspur in 2019 final in Madrid.

Alexander-Arnold made history in that match at Estadio Metropolitano as the youngest player ever to start consecutive finals in the competition, having been part of the side that lost to Real Madrid a year earlier, and emulated the heroes he had watched through the walls at Melwood as a boy.

A dynamic, skillful player, Trent captained Liverpool’s U16 and U18 teams on his journey to the top level under Jürgen Klopp, which was kick-started by a switch in position from midfield to the right side of defense during his time at the Academy.

But with a trip to the World Cup under his belt too, Alexander-Arnold stepped up again in 2018-19 and played 40 games as the Reds finished second in the Premier League with 97 points and lifted the European Cup.

The No.66, who committed his future to the club by signing a new contract midway through that season, also set a new benchmark for assists by a defender in a single Premier League campaign with 12.

Euro 2020: Arnold Out Of England Squad, Walker, Recce As Replacement