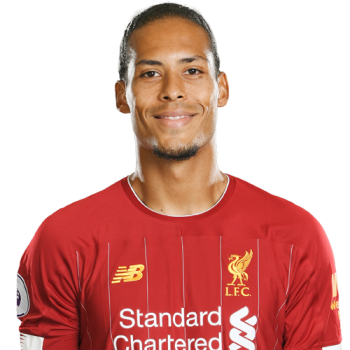 Virgil Van Dijk is a Dutch professional footballer who plays as a center-back for Premier League club Liverpool and captains the Netherlands national team.

He is regarded as one of the best defenders in the world, he is known for his strength, leadership, and aerial ability.

The powerful Netherlands international, who combines a graceful reading of the game with a dominant physical skillset, helped the Reds clinch a sixth European Cup at the conclusion of his first full season with the club.

He is a physically strong, right-footed centre-back, who usually features on the left-hand side of the central defence, although he can also play as a right-sided centre-back,  He is gifted with pace, good technique, and an eye for goal, and is an effective set-piece taker.

He is a defender who knows how to judge his timing and wait for the right moment to challenge or jockey the attacker. He is very fast and big, but he has a lot of agility for his height. He is fast because of its great stride, and he is impressive both in defence and attack because he scores lots of goals.

Van Dijk Rules Himself Out Of Euro 2020 Netherlands' Team

Liverpool Gomez Out Through Injury As Defensive Woes Continue