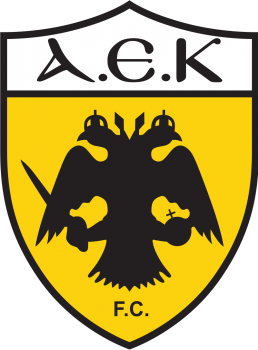 AEK has become one of the three most popular clubs in Greece and the Greek diaspora and one of the three most successful teams in Greek football including Olympiacos and Panathinaikos, winning 32 national titles and the only one to have won all the competitions organized by the Hellenic Football Federation (12 Championships, 15 Greek Cups, 1 League Cup, 1 Pre-Mediterranean Cup and 3 Super Cups.

AEK FC's biggest rivalries are with Panathinaikos and Olympiacos