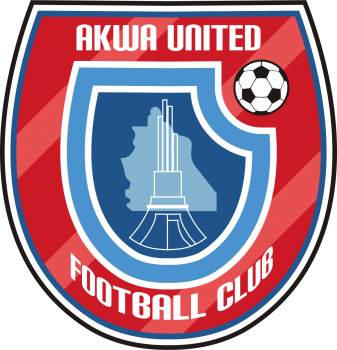 Founded in 1996, Akwa United (formerly known as Ibom Stars FC) began life in the lower league (first division) in the 1997/1998 after a smooth transition from Nitel Vasco Da Gama of Enugu.

Akwa United gained promotion to the top flight in the 2007/2008 season.

The promotion to elite division was shortly accompanied by a change of name from Ibom stars to Akwa United FC.

Playing in the top tier of the Nigeria league, Akwa United adopted blue jerseys as against the previous white and were endeared to Akwa Ibom people who cherished the opportunity of being availed elite league football for the first time since the creation of the oil-rich state.

Akwa United suffered relegation to the lower league by the end of the 2011/2012 season, but returned to the NPFL in 2012/2013 season after beating Bridge Boys of Lagos 3-2 in the final day of the lower league campaign.

In the 2014/2015 season, Akwa United moved to their new ground, the magnificent 30,000capacity Godswill Akpabio Stadium. It won its first major national trophy in the same year after a 2 – 1 win against Lobi Stars of Makurdi at the Teslim Balogun Stadium in Lagos to pick the Federation Cup title and also earn their first place on the continent.

Coach Zarachy Baraje made history as the first Manager to lead Akwa United to a national trophy but the club has also benefitted from the services of a slew of top-rated coaches in the country. They include Abdu Maikaba who led the side to their first top-four finish, former international, Kennedy Boboye, Maurice Cooreman from Belgium and Brazilian, Rafael Everton. Maikaba would also up to his performance the following season when he led Akwa United to a second-place finish in a season, the league was halted after MatchDay 24 in the 2017/18 season. This was followed by their second Federations Cup (Aiteo Cup) win after beating Nasarawa United 2-1 at the Agege Stadium in Lagos.