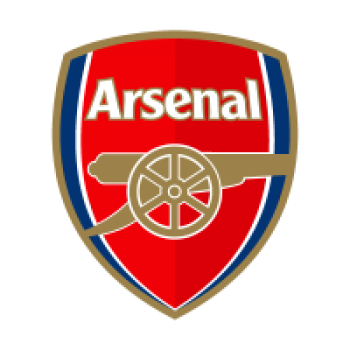 Arsenal Football Club is a professional football club based in Islington, London, England, that plays in the Premier League, the top flight of English football.

Arsenal became only the second club to finish a top-flight campaign unbeaten, after Preston North End (who played only 22 matches) in 1888–89

Arsenal was the first club from the South of England to join The Football League, in 1893, and they reached the First Division in 1904. Relegated only once, in 1913, they continue the longest streak in the top division and have won the second-most top-flight matches in English football history.

They completed the 20th century with the highest average league position.

Herbert Chapman, who changed the fortunes of Arsenal forever won the club the first silverware and his legacy led the club to dominate the 1930s decade but died prematurely of pneumonia in 1934.

He helped introduce the WM formation, floodlights, and shirt numbers, he also added the white sleeves and brighter red to the club's jersey. Arsène Wenger was the longest-serving manager and won the most trophies. He won a record seven FA Cups, and his title-winning team set an English record for the longest top-flight unbeaten league run at 49 games between 2003 and 2004, and in 2003-04 going an entire season unbeaten for the first time in modern history, receiving the nickname The Invincibles.

In 1886, Woolwich munitions workers founded the club as Dial Square. In 1913, the club crossed the city to Arsenal Stadium in Highbury, becoming close neighbours of Tottenham Hotspur, and creating the North London derby. In 2006, they moved to the nearby Emirates Stadium. In terms of revenue, Arsenal is the ninth highest-earning football club in the world, earned €487.6m in 2016–17 season.

Based on social media activity from 2014 to 2015, Arsenal's fanbase is the fifth largest in the world. In 2018, Forbes estimated the club was the third most valuable in England, is worth $2.24 billion. Arsenal long-standing Latin motto "Victoria Concordia Crescit" - ("Victory Through Harmony").