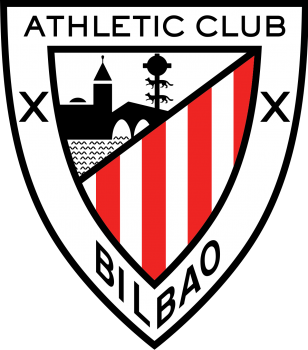 Athletic Club, also commonly known as Athletic Bilbao, is a Spanish professional football club based in the city of Bilbao in the Basque Country, Spain. They are known as Los Leones (The Lions) because their stadium was built near a church called San Mamés (Saint Mammes). Mammes was an early Christian thrown to the lions by the Romans. Mammes pacified the lions and was later made a saint. The team plays its home matches at the San Mamés Stadium.

Athletic have won La Liga on eight occasions, fourth-most in the history of the league. In the table of Copa del Rey titles, Athletic is second only to Barcelona, having won it 23 times. The club also has one of the most successful women's teams in Spain, which has won five championships in the Primera División Femenina.

The club is one of three founding members of the Primera División that have never been relegated from the top division since its inception in 1929, the others being Real Madrid and Barcelona. These three clubs, along with Osasuna, are the only four professional clubs in Spain that are not sports corporations; instead, they are owned and operated by club members. Athletic's main rivals are Real Sociedad, against whom it contests the Basque derby, and Real Madrid, due to sporting and political rivalry. At various points in the club's history, further Basque league derbies have been contested against Alavés, Eibar, and Osasuna.

The club is known for its cantera policy of bringing young Basque players through the ranks, as well as recruiting players from other Basque clubs. Athletic's official policy is signing professional players native to or trained in football in the greater Basque Country, which includes Biscay, Gipuzkoa, Álava and Navarre (in Spain); and Labourd, Soule and Lower Navarre (in France). Since 1912, Athletic has played exclusively with players meeting its own criteria to be deemed as Basque. This can be seen as a unique case in European football; it has gained Athletic both admirers and critics. The club has been praised for promoting homegrown players and club loyalty. The rule does not apply to the hiring staff, with several examples of non-Basque coaches both from Spain and abroad having coached the first team.

Despite the implications of the name 'Athletic Club' in English, and unlike some of the other major Spanish teams which have several departments, it is not a multi-sport club, participating only in football, although sections for cycling and others existed prior to the Spanish Civil War in the 1930s.

The club featured prominently in early Copas del Rey. Following the inaugural win by Club Bizcaya, the newly formed Athletic Bilbao won it again in 1903, both times under Juan de Astorquia who was President and Captain. In 1904, they were declared winners after their opponents failed to turn up. In 1907, they revived the name Club Vizcaya after entering a combined team with Union Vizcaino. After a brief lull, they won again in 1910, with Luis de Astorquia as the new captain and goalkeeper (1910 Copa del Rey) and then three times in a row between 1914 and 1916. The star was Pichichi, who scored the first goal at the San Mamés stadium in 1913 and a hat-trick in the 1915 cup final. The La Liga top scorer award is named in his honor.