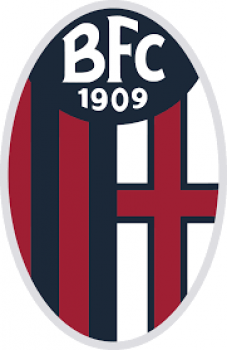 Bologna Football Club 1909, commonly referred to as Bologna, is an Italian football club based in Bologna, Emilia-Romagna. The club is nicknamed the Rossoblù due to the red-and-blue striped shirts which they wear, which are also the official colors of the city.

Bologna was founding members of Serie A in 1929. During its history, the club has won the Italian league championship seven times, making them the sixth most successful team in the history of the league. They have participated in 73 Serie A championships out of 88, currently ninth in the ranking of the highest number of appearances of the formations in the highest Italian category.

Bologna currently plays in Serie A, the highest level of the Italian football pyramid.

Since 1927 the team has been competing in its internal competitions in the Stadio Renato Dall'Ara, born as Stadio del Littoriale and called, from the postwar period until 1983, Stadio Comunale. The stadium can host more than 38,000 spectators.