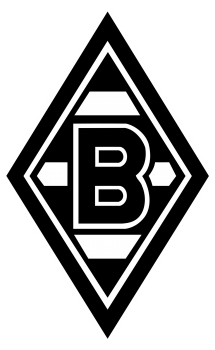 Borussia Mönchengladbach were founded in 1900, with its name derived from a Latinized form of Prussia, which was a popular name for German clubs in the former Kingdom of Prussia. The team joined the Bundesliga in 1965 and saw the majority of its success in the 1970s, where, under the guidance of Hennes Weisweiler and then Udo Lattek, they captured five league championships with Die Fohlen team; a term coined as the squad was young with a fast, aggressive playing style. Mönchengladbach also won two UEFA Cup titles during this period and reached a European Cup final in 1977.

Since 2004, Borussia Mönchengladbach has played at Borussia-Park, having previously played at the Bökelbergstadion since 1919. Based on membership, Borussia Mönchengladbach is the fifth largest club in Germany, with over 75,000 members. The club's main rivals are FC Köln, against whom they contest the Rheinland Derby. Secondary rivals include Borussia Dortmund, Fortuna Düsseldorf, and Bayer Leverkusen.