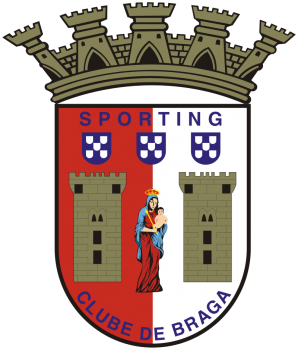 Braga FC is a Portuguese professional football club from the city of Braga.

In the 21st century, In the 2000s, the club gradually became one of Portugal's most decorated clubs (7th) after the Big Three and has competed with some success in European competitions, winning the last ever UEFA Intertoto Cup (the only Portuguese club to do so) in 2008 and reaching the final of the UEFA Europa League in 2011.

Braga achieved a place in the group stage of the UEFA Champions League for the first time in its history by eliminating Celtic and Sevilla in the 2010-11 season.

Braga also qualified for the group stage of the Champions League in 2012–13 by eliminating Udinese.