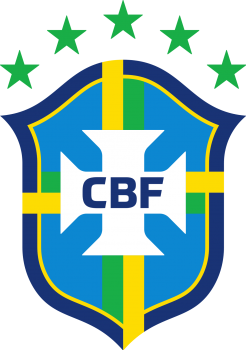 Brazil is the most successful national team in the FIFA World Cup, being crowned winner five times: 1958, 1962, 1970, 1994 and 2002. Brazil also has the best overall performance in the World Cup, both in proportional and absolute terms, with a record of 73 victories in 109 matches played, 124 goal difference, 237 points, and 18 losses. Brazil is the only national team to have played in all World Cup editions without any absence nor need for playoffs.

Brazil is the only national team to have won the World Cup on four different continents: once in Europe (1958 Sweden), once in South America (1962 Chile), twice in North America (1970 Mexico and 1994 United States) and once in Asia (2002 Korea/Japan). They share with France and Argentina the feat to have won the three most important men's football titles recognized by FIFA: the World Cup, the Confederations Cup, and the Olympic tournament. They also share with Spain a record of 35 consecutive matches undefeated