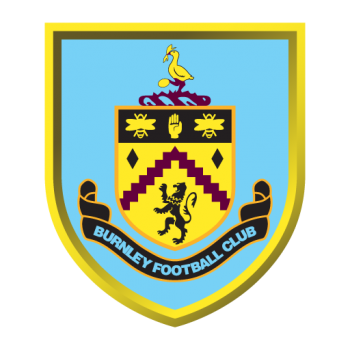 Burnley Football Club (/ˈbɜːrnli/) is an English association football club based in Burnley, Lancashire. Founded on 18 May 1882, it was one of the first to become professional (in 1883), and subsequently put pressure on The Football Association to permit payments to players. The club entered the FA Cup for the first time in 1885–86 and was one of the twelve founder members of the Football League in 1888–89. The team currently competes in the Premier League, the top tier of English football.

The team has played home games at Turf Moor since February 1883, after they had moved from their original premises at Calder Vale. The club colors of claret and blue were adopted before the 1910–11 season in tribute to the then Football League champions, Aston Villa; they are today nicknamed "the Clarets", due to the dominant color of the home shirts. Burnley's current emblem is based on the town's coat of arms. The team has a long-standing rivalry with nearby club Blackburn Rovers, with whom they contest the East Lancashire Derby.

EPL: Rangnick's Man Utd Out Of Top 4 With Draw At Burnley