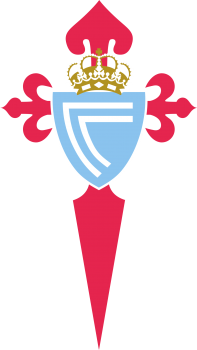 It was founded on 23 August 1923 following the merger of Real Vigo Sporting and Real Fortuna Football Club. Nicknamed Os Celestes (The Sky Blues), they play in sky blue shirts and socks along with white shorts. The club's home stadium is the Balaídos, which seats 29,000 spectators. Celta's name is derived from the Celts who were once present in the region. Its main rival is fellow Galician club Deportivo de La Coruña, with whom it contests the Galician derby.

Celta has never won the league title nor Copa del Rey, although they have reached the final three times in the latter. The club finished in their best-ever position of fourth in 2002–03, qualifying for the 2003–04 UEFA Champions League, where they were eliminated by Arsenal in the Round of 16. In the 2016–17 UEFA Europa League, Celta reached the semi-finals for the first time, losing to Manchester United.

On 3 June 2012, Celta returned to La Liga after a five-year absence. In their first season back, they avoided relegation to the Segunda División on the final day after beating RCD Espanyol 1–0 to ensure a 17th-place finish.

La Liga: Benzema Scores Two Out Of Three Penalties To Give Madrid Win At Celta