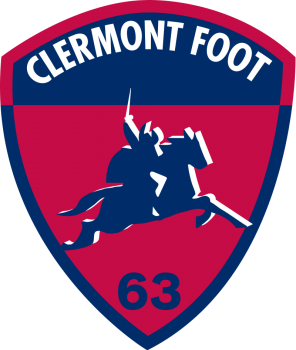 Clermont Foot is a French professional association football club based in Clermont-Ferrand which was promoted to the Ligue 1 (the country's top-flight league) in the 2020-21 season.

The first incarnation of the club was formed in 1911 and the current club was created in 1990 as a result of a merger.

Between 2014 and 2017 Clermont were managed by Corinne Diacre the first woman to manage a men's professional football match.

The club started in 1911 under the name Stade Clermontois. Despite little league success in the early days, they reached the semi-finals of the Coupe de France during the 1945–46 season.

Their professional status was repealed after the 1946–47 season due to financial difficulties.

The club became professional again in 1966. 1984 saw an expansion, with Stade-Clermontois and AS Montferrand merging to form Clermont-Ferrand Football Club (CFC).

The club was placed in the third division.

Clermont promoted to the Ligue 1 for the 2021–22 season for the first time in their history, having achieved promotion to the league after finishing second in the 2020–21 edition of the Ligue 2.