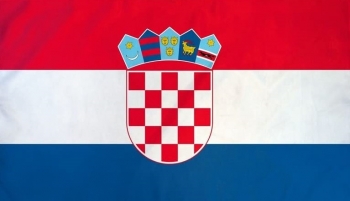 FIFA National Ranking: 6th (They are one of the youngest national teams to reach the knockout stage of a major tournament, as well as the youngest team to occupy the top 10 in the FIFA World Rankings.)

The team represents the second-smallest country by population and landmass to reach the World Cup final, behind Uruguay and Netherlands respectively

The Croatia national football team has developed numerous rivalries with other national teams. Most of these are friendly in nature, stemming from repeated match-ups and the context in which they are played. However, some are also politically and socially charged:

Halilović is the youngest player to represent the team, making his senior debut in June 2013 aged 16 years, 11 months, and 22 days. The team's oldest player is Dražen Ladić, who played his last match in May 2000 aged 37 years, 4 months, and 27 days.

Modric Not Ready To Retire, Set Sights On Nations League