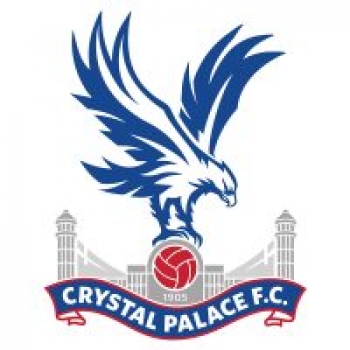 Crystal Palace Football Club is a professional football club based in Selhurst, South London, England, who currently competes in the Premier League, the highest level of English football.

Although their official founding date is 1905, the club claims to be a continuation of the original amateur Crystal Palace football club formed in 1861, as both were owned by the same Crystal Palace Company.

This would make them the oldest professional football club in the world. Both the amateur and professional clubs were founded at the Crystal Palace Exhibition building and played inside its grounds, with the professional club playing at the FA Cup Final stadium until 1915 when they were forced to leave due to the outbreak of the First World War. In 1924, they moved to their current home at Selhurst Park.

The amateur club became one of the original founder members of the Football Association in 1863 and competed in the first-ever FA Cup competition in 1871–72, reaching the semi-finals, but disappeared from historical records after the 1875–76 FA Cup.

Shortly after the professional club was established in 1905, Crystal Palace applied for election to the Football League, but was rejected and instead played in the Southern League. Palace did eventually join the Football League in 1920 and have overall spent the majority of their league history competing in the top two tiers of English football. Since 1964, they have only dropped below the second tier once, for three seasons between 1974 and 1977.

Palace's highest ever league finish to date is third place in the top flight achieved in the 1990–91 season, which saw them denied a place in Europe at the end of that season partly due to the UEFA ban on English clubs following the Heysel Stadium disaster. Though by that time the ban had been lifted, it resulted in England being unranked in the UEFA coefficient rankings used that season, which meant the English top-flight was only entitled to one European place in the UEFA Cup, and this went to the runners-up Liverpool. The club became founder members of the Premier League in 1992. Palace have also been FA Cup finalists twice, losing to Manchester United on both occasions in 1990 and 2016.

The club's kit colors were claret and blue until 1973, but then they decided to change to the red and blue vertical stripes worn today. Palace has a long-standing rivalry with Brighton & Hove Albion, with whom they contest the M23 derby, and also share rivalries with fellow South London clubs Millwall and Charlton Athletic.