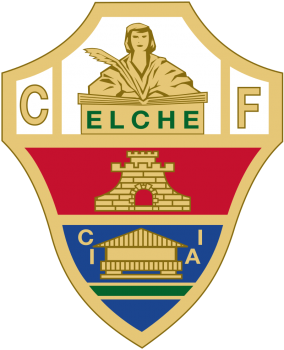 Elche is a Spanish football team based in Elx, Province of Alacant, in the Valencian Community. Elche plays in La Liga Santander, they gained promotion in the 2019-20 season and will play in the 2020-21 season.

Elche's first-ever game was against Monóvar, where they beat the home team 4–0, and its first official match was a 2–0 win over Crevillente. The team played its first league season in 1929–30, in Tercera División, achieving promotion to Segunda División in 1934; it suffered relegation for the first time six years later but promoted back the following season.

In the 2019–20 season, Elche promoted to La Liga by beating Girona in the final playoff promotion, after five years in the second and third categories.