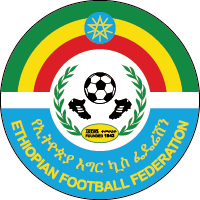 The Ethiopian national football team is also known as Walias represents Ethiopia in men's international football and is controlled by the Ethiopian Football Federation. Ethiopia was one of only three teams (along with Egypt and Sudan) to participate in the inaugural  African Cup of Nations in 1957. It won the competition in 1962, while it was also the host. However, success has been elusive since the end of the 1960s. Under coach Sewnet Bishaw, the team qualified for the 2013 African Cup of Nations after a 31-year absence. The team is a member of both FIFA and the Confederation of African Football Football  (CAF).

In the qualifier for the 2013 African Cup of Nations, Ethiopia drew 1–1 with Benin after a goalless draw in the first leg at home to progress to the last round of qualification because of the away goals rule. In the last round of qualification, Ethiopia again won on the away goals rule after a 5–5 draw in an aggregate score against Sudan. This qualified Ethiopia to the  African Cup of Nations for the first time in 31 years.

With a 5–0 aggregate victory over Somalia,  Ethiopia joined South Africa, Botswana, and Central African Republic (CAR) in Group A. Ethiopia drew 1–1 with South Africa away from home and beat CAR at home 2–0 to top the group after the first two games. They beat Botswana twice, 1–0 on 22 March 2013 at home in Addis Ababa and 2–1 on 7 June in Botswana. However, the 7 June win was later awarded to Botswana by a score of 3–0 after it was discovered that Ethiopia fielded an ineligible player. Still, they beat South Africa 2–1 at home on 16 June and secured Ethiopian advancement to the third round after beating CAR away in their final match, which was considered a historic achievement for the country. The team eventually was eliminated by Nigeria who defeated Ethiopia in both legs in the Third Round, though it remains as the best performance ever by Ethiopia in any World Cup qualification.

The Walia Head Coach is Wubetu Abate and the team's home stadium is Addis Ababa National Stadium. Most Caps player was Shimelis Bekel with 68 Appearances, The team's all-time highest goal scorer was also Getanah Kebede with 32 goals. Their current captain is Shimelis Bekel who is currently playing as an attacking-midfielder for Egyptians Professional League Club Misr Lel-Massaka.

Ten Most Influential Countries In Africa

Ten Most Dangerous Places In The World

Ethiopia To Investigate Deaths Of 27 Migrants In Zambia