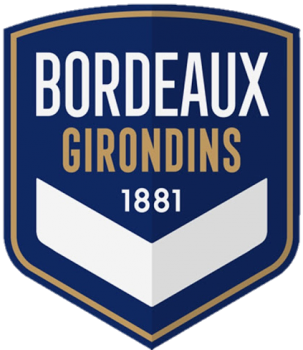 The club currently plays in Ligue 1, the top division of French football. The team is currently coached by Paulo Sousa and captained by Benoît Costil.

Bordeaux was founded on 1 October 1881 as a multi-sports club and is one of the most successful football clubs in France. The club has won six Ligue 1 titles, the last in 2009. Bordeaux have also won four Coupe de France titles, three Coupe de la Ligue titles, and three Trophée des champions titles as well. Bordeaux also reached the Uefa Cup final in 1996.

From a year to its inception, the club's stadium was the Stade Chaban-Delmas, though, since 2015, Bordeaux's home ground has been the Matmut Atlantique with a capacity of 42,115.

Bordeaux has two main rivalries, firstly the Derby de la Garonne with Toulouse FC, so named because Bordeaux and Toulouse are the two major clubs that play in cities that are along the Garonne River. The consistency and competitiveness of the rivalry developed following Toulouse's return to Ligue 1 after being administratively relegated to the Championnat National in 2001.

Les Girondins also contest the Derby de l'Atlantique with their other main rival FC Nantes with the derby's name stemming from the two club's proximity to that of the Atlantic Ocean. The history of this rivalry also transcends to over 50 years and 90 derby games played between the two clubs altogether. Bordeaux also holds a 40-year-old record against another big rival, Olympique de Marseille. Bordeaux has not lost a single Ligue 1 home game to Marseille since 1977.