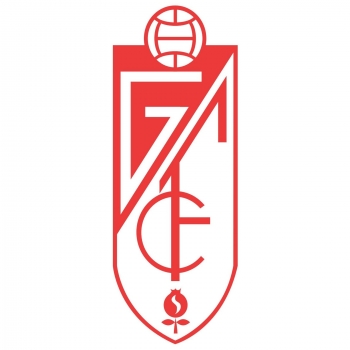 Granada Club de Fútbol or simply Granada, is a Spanish football club in Granada, in the autonomous community of Andalusia. Founded on 14 April 1931, it plays in La Liga. The club plays its home matches at the Estadio Nuevo Los Cármenes.

Granada was the third Andalusian football team after Betis and Sevilla to compete in La Liga, in 1941–42. The team is located at position 24 of the historical points classification of the First Division, where it has participated in 20 seasons and finished in sixth place twice. Granada was Copa del Rey runner-up in 1959.

After several promotions, in 1941–42 the club made its La Liga debut. It was the match against Celta on 28 September 1941. The game ended up in 1–1 draw. The first Granada goal in the highest Spanish division was scored by César Rodríguez Álvarez. During that season Granada had some historical home wins, among them 8–0 against Real Oviedo and 6–0 against Barcelona. Granada finished the season in the 10th position among 14 teams. From here until the 1980s, it alternated between that category and Segunda División, with its golden age coming during the 1970s, with eight top-flight seasons, which included a best-ever two sixth league places (1971–72, 1973–74). Granada finished the 1971-72 season with 9 wins in the last 10 home games, among them wins against Barcelona and Real.

In 1959 Granada achieved its greatest sports landmark, being runner-up of the Copa del Generalísimo (later Copa del Rey). In the final, played at the Santiago Bernabéu Stadium, the team lost to Barcelona 4–1. The only goal for Granada was scored by the Argentinian forward Ramón Carranza.

In the 1980s, Granada had some brief appearances in the second division. In 1983–84, they finished 8th among 20 teams in Segunda División, just 10 points away from the champion Real Madrid Castilla and the runner-up Bilbao Athletic. The 1984–85, Granada finished 18th and were relegated to Segunda División B; in the same season, the club was eliminated by Estepona in the first round of the Copa del Rey.

Granada spent most of the following seasons in Segunda División B, dropping another level in 2002–03, due to non-payment to its players. After four seasons in the fourth division, former Real Madrid president Lorenzo Sanz, along with his son Paco, arrived at the club. With their help, the Andalusian side was again promoted to the third category but got itself into serious financial trouble. In the 2005–06 season Granada became a champion of the Tercera División Group 9 and qualified for the promotional play-offs, where the first rival was Linense. After the two games ended up in 1-1 draws, Granada won in the penalty shootout.