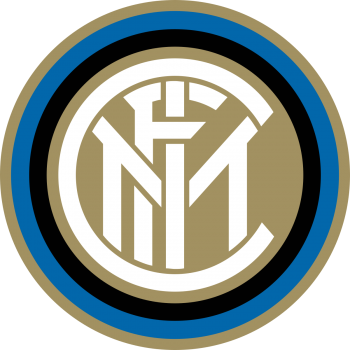 Football Club Internazionale Milano, commonly referred to as Internazionale or simply Inter, and known as Inter Milan outside Italy, is an Italian professional football club based in Milan, Lombardy. Inter is the only Italian club to have never been relegated from the top flight of Italian football.

Founded in 1908 following a schism within the Milan Cricket and Football Club (now A.C. Milan), Inter won its first championship in 1910. Since its formation, the club has won 30 domestic trophies, including 18 league titles, 7 Coppa Italia, and 5 Supercoppa Italiana. From 2006 to 2010, the club won five successive league titles, equalling the all-time record at that time. They have won the Champions League three times: two back-to-back in 1964 and 1965 and then another in 2010. Their latest win completed an unprecedented Italian seasonal treble, with Inter winning the Coppa Italia and the Scudetto the same year. The club has also won three UEFA Cups, two Intercontinental Cups, and one FIFA Club World Cup.

Inter's home games are played at the San Siro stadium, which they share with local rivals A.C. Milan. The stadium is the largest in Italian football with a capacity of 80,018. Matches between A.C. Milan and Inter, known as the Derby Della Madonnina, are one of the most followed derbies in football. As of 2019, Inter has the highest home game attendance in Italy and the sixth-highest attendance in Europe. The club is one of the most valuable in Italian and world football.

On 26 October 2018, Steven Zhang was appointed as the new president of the club. On 25 January 2019, the club officially announced that LionRock Capital from Hong Kong reached an agreement with International Sports Capital HK Limited, in order to acquire its 31.05% shares in Inter and to become the club's new minority shareholder. After 2018–19 Serie A season, despite Inter finishing 4th, Spaletti was sacked. On 31 May 2019, Inter appointed former Juventus and Italian manager Antonio Conte as their new coach, signing a three-year deal. In September 2019 Steven Zhang was elected to the board of the European Club Association.

Inter is one of the most supported clubs in Italy, according to an August 2007 research by Italian newspaper La Repubblica. Historically, the largest section of Inter fans from the city of Milan was the middle-class bourgeoisie Milanese, while Milan fans were typically working-class.

The traditional ultras group of Inter is Boys San; they hold a significant place in the history of the ultras scene in general due to the fact that they are one of the oldest, being founded in 1969. Politically, the ultras of Inter are usually considered right-wing and they have good relationships with the Lazio ultras. As well as the main group of Boys San, there are four more significant groups: Viking, Irriducibili, Ultras, and Brianza Alcoolica.

Inter's most vocal fans are known to gather in the Curva Nord or north curve of the San Siro. This longstanding tradition has led to the Curva Nord being synonymous with the club's most die-hard supporters, who unfurl banners and wave flags in support of their team.

Inter have several rivalries, two of which are highly significant in Italian football; firstly, they participate in the intracity Derby Della Madonnina with Milan; the rivalry has existed ever since Inter splintered off from Milan in 1908. The name of the derby refers to the Blessed Virgin Mary, whose statue atop the Milan Cathedral is one of the city's main attractions. The match usually creates a lively atmosphere, with numerous (often humorous or offensive) banners unfolded before the match. Flares are commonly present, but they also led to the abandonment of the second leg of the 2004–05 Champions League quarter-final matchup between Milan and Inter on 12 April after a flare thrown from the crowd by an Inter supporter struck Milan keeper Dida on the shoulder.

Lukaku Wants To Continue At Inter, Picks Henry As Belgium Next Coach

Serie A: Juventus Move Fifth With Win Over Inter In Derby