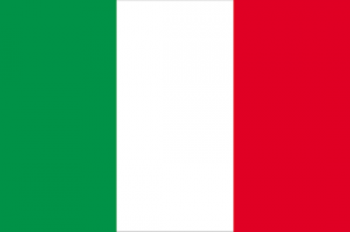 The Italy national football team has officially represented Italy in international football since their first match in 1910. The squad is under the global jurisdiction of FIFA and is governed in Europe by UEFA—the latter of which was co-founded by the Italian team's supervising body, the Italian Football Federation.

Italy's home matches are played at various stadiums throughout Italy, and their primary training ground, Centro Tecnico Federale di Coverciano, is located at the FIGC technical headquarters in Coverciano, Florence.

The team is known as gli Azzurri (the Blues). Savoy blue is the common color of the national teams representing Italy.

Their rivalry with Brazil, known as the Clásico Mundial in Spanish or the World Derby in English, is between two of the most successful football nations in the world, having achieved nine World Cups between the two countries.

Their rivalry with Croatia, also known as the Derby Adriatico or Adriatic Derby, named after the Adriatic which separates the two nations.

Their rivalry with France dates back the earliest, with the match played on 15 May 1910, Italy's first official match ending in a 6–2 victory.

Their rivalry with Germany is also long-standing, having played against each other five times in the World Cup, notably in the "Game of the Century", the 1970 World Cup semifinal between the two countries that Italy won 4–3 in extra time, with five of the seven goals coming in extra time.

Their rivalry with Spain, sometimes referred to as the Mediterranean derby, has been contested since 1920, and, although the two nations are not immediate geographical neighbors, their rivalry at international level is enhanced by the strong performances of the representative clubs in UEFA competitions, in which they are among the leading associations and have each enjoyed spells of dominance.

Ten Smartest Countries In The World