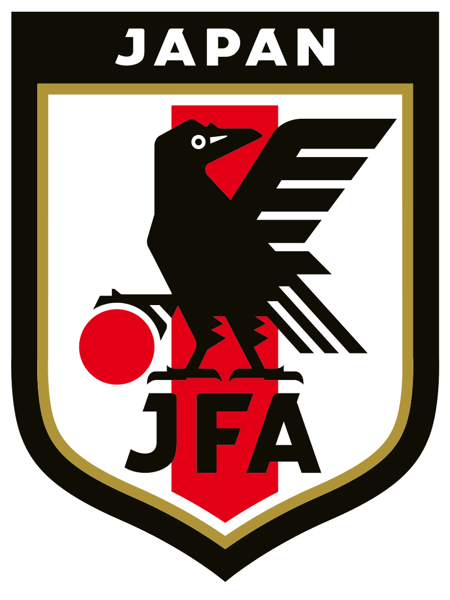 The Japan national football team, nicknamed the Samurai Blue, represents Japan in men's international football and it is controlled by the Japan Football Association, the governing body for football in Japan.

Japan was not a major football force until the end of the 1980s, with a small and amateur team. Since the 1990s, when Japanese football became fully professionalized, Japan has emerged as one of the most successful teams in Asia; they have qualified for the last seven FIFA World Cups with advancements from the group stages in 2002, 2010, and 2018, (the most of any Asian team) and won the AFC Asian Cup a record four times, in 1992, 2000, 2004 and 2011.

The team has also finished second in the 2001 FIFA Confederations Cup and the 2019 AFC Asian Cup. Japan remains the only team from the AFC other than Australia and Saudi Arabia to have reached the final of a senior FIFA men's competition.

Japan's progression in a short period has served as an inspiration and example of how to develop football.ries against Iran and Saudi Arabia.

In 2014, Costa Rica achieved their best performance in history by finishing first in their group that consisted of three former World Cup champions: Uruguay, Italy, and England. During the round 16 they defeated Greece 5–3 via a penalty shoot-out after a 1–1 draw. Moreover, during their match against the Greek team, Keylor Navas saved more than 15 shots. They reached the quarter-finals for the first time but were defeated by the Netherlands, also in a penalty shoot-out (3–4) after a scoreless draw on 5 July.

Their 2018 World Cup campaign ended in a fourth place group stage exit, with their only point coming from a 2–2 draw against Switzerland.

Ten Countries With Highest Suicide Rates In The World