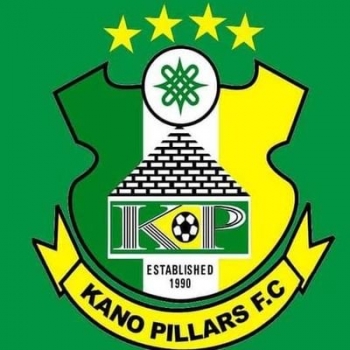 Kano Pillars was founded in 1990 by Alhaji Ibrahim Galadima, a former chairman of the then-Nigeria Football Association (NFA) and former Sports Commissioner of Kano State.

The club was formed from the combination of WRECA FC, Kano Golden Stars and Bank of the North FC.

Kano Pillars produced players like Abiodun Baruwa who has since played for Swiss, Austrian, Welsh and British Clubs, and Sani Kaita who later played for Sparta Rotterdam in The Netherlands.

Another prominent player is Ahmed Garba ‘Yaro Yaro’ who subsequently turned out for AB in Denmark and a notable player from Kano Pillars FC is Super Eagles captain, Ahmed Musa.

Kano Pillars was registered as a limited liability company with the Corporate Affairs Commission (CAC), Nigeria, and then registered with the Nigeria's football federation as a professional football club.