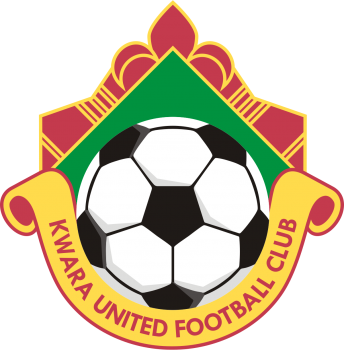 Kwara United currently play in the top division in Nigerian football, the Nigeria Professional football League (NPFL) after promotion in 2017 from the Nigeria National League (NNL).

After acquiring ownership of Exide Sparkers FC in 1997 from Exide Battery Company Limited, Kwara State under the administration of Col. Peter Asam Mbu Ogar changed the name of the Ibadan-based club to Kwara United Football Club and relocated the base to Ilorin, the Kwara State capital.

Kwara United then became a replacement for another Ilorin-based side, Kwara Bombers which became defunct after relegation to the third tier of the national league structure.

Kwara State have always had a tradition of funding a club dating back to 1974 during the time of Kwara Water Corporation FC.

Kwara Water Corporation FC would go on that same year to reach the quarter-finals of the then Challenge Cup is now known as AITEO Cup.

By 1985, consequent upon the change of name of the company to Kwara Utilities Board, the club switched names to Kwara Utility Bombers and would suffer reverse in performances as a result of poor financing until 1996 when it went under.

For Ilorin and Kwara people who have longed for top-flight football, it was a dream realized after 30 years of the state’s creation and about 17 years of participation in lower levels of the Nigeria football league, that Kwara United FC emerged to meet their yearnings of watching for the first time, the Professional League Division I in 1997.

The club has had the honour of representing Nigeria three times in continental club competitions starting with the CAF Cup in the 1999/2000 season, reaching the quarter-finals, and losing to Zamalek FC of Egypt. Kwara United again made it to the 2006/2007 CAF Confederations Cup and was also eliminated at the quarter-finals stage.

The club’s third international outing was in the sub-regional West Africa Football Union (WAFU) competition in which it lost to another Nigerian club, Rangers International at the quarter-finals stage in 2011.

It has over these years produced and also hired some of the country’s finest players that would go on to play for the national team and top European sides. Some of the most illustrious members of the club include former Super Eagles defender, Seyi Olofinjana, forward, Obinna Nsofor and another defender, the late Sani Abacha.