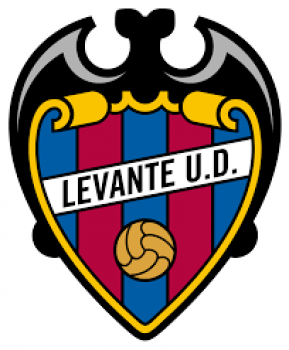 Levante Unión Deportiva, S.A.D is a Spanish football club in Valencia, in the namesake autonomous community.

Levante had to wait until the 1960s to make its La Liga debut. In 1963, the club finished runner-up in Group II of the second division, defeating Deportivo de La Coruña 4–2 on aggregate in the promotion play-offs. During the first top-flight season, it managed to win both games against Valencia, managing a 5–1 home win against Barcelona in the 1964–65 campaign but being relegated nonetheless after losing in the playoffs against Málaga. It spent most of the following two decades in the second and third divisions; the Segunda División B would not be created until 1977. In the early 1980s, Dutch superstar Johan Cruyff played half a season for the club, retiring three years later. After winning 2003–04's second division, Levante returned to the top level but survived only one season. Finishing third in 2005–06, it returned for two additional campaigns, the decisive match in the 2006–07 season is a 4–2 home win against Valencia courtesy of Riga Mustapha (two goals), Salva and Laurent Courtois.

Levante's financial status worsened, however, and there were reports that the players had only received approximately one-fifth of their contractual payments. News reports stated that the club had incurred a debt of over €18 million in payments due to its players. The team plummeted down the standings, and it was confirmed that the club would be playing in the second division in 2008–09, with several matches to go. The players protested at their lack of payments at one point, refusing to move for several seconds after the opening whistle against Deportivo and later announcing that they would issue a job action during the season-ending game at Real Madrid. The action was resolved when league officials announced that a benefit game would be played between Levante team members, and a team made up of players from the first division, with all benefits going to pay the wages due to the players.

On 13 June 2010, Levante returned to La Liga after a 3–1 home win against already relegated Castellón. It lost in the final round 0–4 at Real Betis, but its opponents only managed to finish with the same points as fourth. Under the manager who led the team back to the top flight, Luis García Plaza, Levante finally retained its division status in the 2010–11 season. During one point of the league's second round of matches, Levante was in the third position in the Liga table, only behind Barcelona and Real Madrid after losing just once in 12 games, against Real Madrid.

Due to the 2019–20 season's late finish because of the COVID-19 pandemic, and renovation work at their stadium, Levante concluded the campaign behind closed doors at the Estadi Olímpic Camilo Cano in La Nucia, Province of Alicante

La Liga: Lowly Levante Stun Atleti To Keep Them At 5th On Table