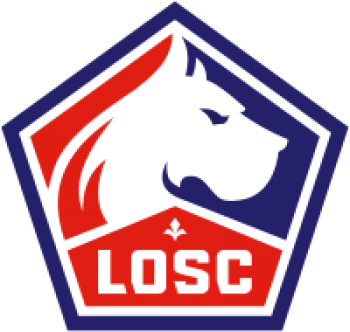 Lille Olympique Sporting Club commonly called LOSC also referred to as LOSC Lille, Lille OSC, or simply Lille is a French professional association football club based in Lille in Hauts-de-France. The club was founded in 1944 as a result of a merger and plays in Ligue 1, the first division of French football.

Lille has played its home matches since 2012 at Stade Pierre-Mauroy in nearby Villeneuve d'Ascq, which replaced the club's previous home of Stade Lille-Metropole in the same community with a capacity of 50,186.

Lille was founded as a result of a merger between Olympique Lillois and SC Fives. Both clubs were founding members of the French Division 1 and Lillois was the league's inaugural champions. Under the Lille emblem, the club has won three league titles (in 1946, 1954, and 2011) and six Coupe de France titles. Lille's most successful period was the decade from 1946 to 1956 when the team was led by managers George Berry and André Cheuva.

Lille has a long-standing rivalry with nearby club RC Lens, with whom they contest the Derby du Nord. The club is owned and presided over by Gérard Lopez, an entrepreneur-investor and an active Luxembourgish-Spanish businessman who invests in the sports industry.

Ligue 1: Lille Recover From Defeat With 3-1 Win Over Newbie Ajaccio