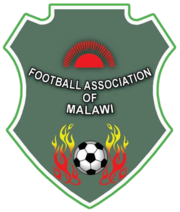 The Malawi national football team also known as The Flames represents Malawi men's international football and is controlled by the Football Association of Malawi. They also won the CECAFA Cup in 1978, 1979, and 1988. They have qualified for three Africa Cup of Nations, in 1984, 2010, and 2021 and The team is a member of both FIFA and the Confederation of African Football Football  (CAF).

Malawi first qualified for an Africa Cup of Nations in 1984, when only eight teams competed in the competition at Ivory Coast. After a 3-0 defeat against Algeria, World Cup participants in 1982 and 1986, Malawi drew 2-2 in the second game against eventual finalists Nigeria. With a 0–1 loss against Ghana, Malawi ended the group stage with 1 point at the bottom of the table and was eliminated from the competition.

After 26 years, Malawi took part in the  Africa Cup of Nations again in 2010. The team benefited from the fact that the continental elimination round for the 2010 FIFA World Cup also served as the qualifying round for AFCON. In the group matches of the third round, Malawi, third place behind Cote d'Ivoire and Burkina Faso and with a record of only four points and 4–11 goal difference, was enough to make it to the continental finals.

At the tournament in Angola, Kinnah Phiri's team caused a big surprise. In the first group game, Malawi defeated Algeria, which had qualified for the World Cup, 3-0. One of the goalscorers was striker Russel Mwafulirwa, who at the time was under contract for the Swedish first division club IFK Norrkoping and was thus one of only two players in the 23-man squad active in Europe. Malawi lost the second game against hosts Angola, 2-0.

For Malawi to have reached the quarter-finals for the first time, a draw in the last group game would have been enough. However, the team lost 3-1 to Mali. After just three minutes, the Malawians were 2-0 down, a goal from Mwafulirwa did nothing to avert the team's elimination.

The Flames Head Coach is Meke Mwase and the team's home stadium is Bingu National Stadium. Most Caps player was Young Chimodzi with 159 Appearances, The team's all-time highest goal scorer was also Kinnah Phiri with 71 goals. Their current captain is Limbikani Mzava who is currently playing as a Centre-back for South African Club Amazulu.