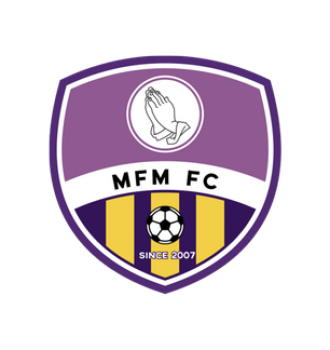 The founder of Bolowotan FC, Toyin Gafaar, a Muslim, handed the slot to the church (MFM) to manage without collecting any money in return.

Eight years after the creation of the club, MFM FC took over the slot of Bolowatan F.C. in the Nigeria National League (NNL) the second-tier division in Nigerian Football.

Two years later, precisely on 31 August 2015, after Toyin Gafaar gave the NNL slot to MFM, the church team gained promotion to the Nigeria Premier League under the tutelage of Fidelis Ilechukwu.

MFM Football Club of Lagos won the maiden edition of The Church World Cup. The Nigeria representatives achieved this feat after defeating the United Church of Colombia 7–0 in the final of the mundial which took place in Goa, India.

MFM FC made their historic Nigeria Professional Football League (NPFL) debut as they beat the Solid Miners’ of Nasarawa United by 2–1 on tentative home soil at the Aper Aku Stadium in Markudi, Benue State of Nigeria.

Musa Newman scored the first-ever goal of the club in their first NPFL game in the 18th minute and Chukwuka Emmanuel’s second gave the debutants a two-goal lead, before Ifeanyi Nweke of Nasarawa United pulled one back.

After MatchDay 4 of their debut season in the NPFL, ‘The Olukoya Boys’ were already in a comfortable second position tied with the same 9 points as Lobi Stars, with three wins and one loss (a 3–0 defeat at the ‘3SC’ Shooting Stars of Ibadan) but they would go on to struggle all through the season to avoid relegation.

Fidelis Ilechukwu guided the team to their first ever CAF competition after his wards finished the 2016/2017 season claiming the second position on the log with two points behind Plateau United, the eventual winners of the league.

The club’s journey on the continent was full of unforgettable memories. For the first time in 15 years, MFM FC brought continental games to Lagos and played against Africa’s finest teams in front of their fans at the Agege Stadium.

A club that has a distinction for developing young players, quite a good number has come through from the club to join European clubs and also enjoy stints with the Nigeria national teams. The list includes likes of Stephen Odey who recently joined Amiens SC in France from Genks of Belgium, Sikiru Olatunbosun, remembered for his CNN Wonder Goal of the Week and who have since joined Turkish side, Menemespor and midfielder Chukwuka Onuwa who left to join former champions, Enyimba International.