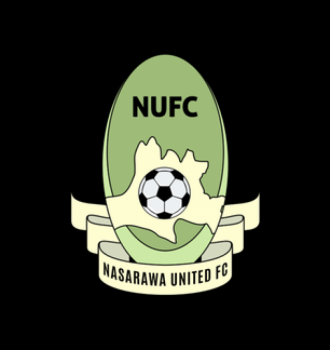 Nasarawa United was registered in 2003 after acquiring the Black Stars of Gombe and relocated to Lafia, the capital of Nasarawa State which it took its name from.

After competing in the lower league in the 2003/04 season, Nasarawa United earned promotion to the NPFL for the 2004/05 season managed by former Super Eagles World Cup star, Daniel Amokachi.

The club suffered reverse in fortune in the 2008/09 season following dwindled funding and was relegated to the lower division. It was a torrid time for the club and players who went months without getting paid and the club debt piled to an estimated N58million.

But by 2012, the club bounced back, topped the division, and returned to the NPFL. Before Nasarawa United had its financial crisis, it came close to winning the NPFL in the 2006 season when it finished second behind winners, Ocean Boys and secured a CAF Champions League place for the first time in their history.

As in the League, Nasarawa United has had a second placing as its best outing in the Cup competition (The Aiteo Cup), after it lost 5-4 on penalties in the 2016 finals against FC Ifeanyi Ubah following a nil-nil draw in regulation time. Its outing in the CAF Champions League back in 2007 ended in a second-round defeat to a Sudanese side and a subsequent drop to the CAF Confederations Cup where it lost to another Nigerian side, Kwara United on 2-1 aggregate.

After an impressive season under Kabiru Dogo, Nasarawa United ended the 2014/2015 season in third position to secure another CAF Confederation Cup place and they were sent out in the second round by AS Constantine of Morocco.

Nasarawa United FC have produced some players that made waves and secured invitations to the national teams and scouted by clubs in Europe. Such notable players include Bature Yaro and Abubakar Ibrahim who were enlisted in the Super Eagles under Coach Sunday Oliseh and Late Coach Stephen Keshi respectively.

Victor Namo, Suraj Ayeleso and Ibrahim Sunusi are the three Nasarawa United players that have won individual awards in the league.