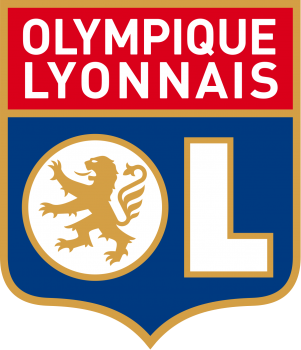 Olympique Lyonnais commonly referred to as simply Lyon or OL is a French professional football club based in Lyon in Auvergne-Rhône-Alpes.

Lyon has participated in the UEFA Champions League 17 times, and during the 2009–10 season, reached the semi-finals of the competition for the first time after three previous quarter-final appearances.

The club's home colors are white, red, and blue. Lyon was a member of the G14 group of leading European football clubs and is the founder members of its successor, the European Club Association.

Olympique Lyonnais is one of the most supported clubs in France, with a 2009 survey finding that about 11% of the country's football fans support the club, a proportion Lyon shared with Paris Saint-Germain, behind only Olympique de Marseille.

The club's nickname, Les Gones, means "The Kids" in Lyon's regional dialect of Franco-Provençal. The chairman of Lyon is Jean-Michel Aulas and the club is managed by Rudi Garcia, and as of May 2019, it has appointed former player Juninho Pernambucano as the Director of Football. Olympique Lyonnais also has a successful women's football team that has won its league a record 15 times. The women's team has also won nine Coupes de France and the UEFA Women's Champions League in 2011, 2012, 2016, 2017, 2018, and 2019.