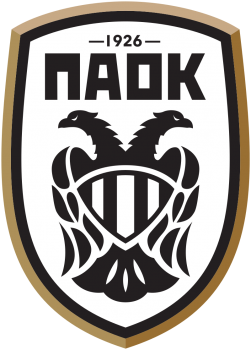 PAOK is a Greek professional football club based in Thessaloniki, Macedonia.

PAOK is one of the top domestic clubs, the most widely supported in Northern Greece, and with the 3rd largest fanbase in the country.

Their 0-7 away win against Locomotive Tbilisi in 1999 in the UEFA Cup is the largest ever achieved by a Greek football club in all European football competitions.