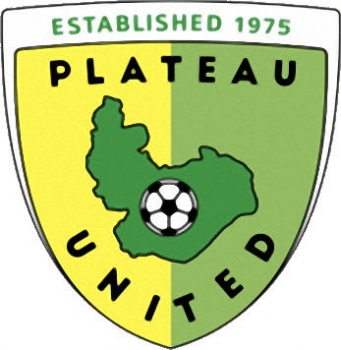 Plateau United is a professional football club that plays in the Nigerian Professional Football League.

They had lost in the final in 1993 and 1998. They made their continental debut in 2000 but were eliminated after their first tie.

In 2013, their feeder team were one of four clubs suspended, pending an investigation into their 79–0 victory over Akurba FC.

The four clubs were accused of match-fixing in order to advance into the professional league. On 22 July 2013, Plateau Feeders, Akurba FC, Police Machine FC and Bubayaro FC were each banned for 10 years, with the players and officials in each game banned for life

Plateau United emerged winners of the Nigerian Professional Football League for the first time in its history in 2017 and qualified for the CAF Champions League but failed to qualify to the final stage of the competition.

Plateau United has a rich collection of players who went on to gain international fame amongst who are the immediate past captain of the Super Eagles, John Mikel Obi, Olympians, Emmanuel and Celestine Babayaro, junior internationals, Sambo Choji and goalkeeper, Dele Ajiboye as well as Patrick Mancha, Victor Wikadson, Harry Omokoh and Danjuma Isandu.

Famous Coaches that have graced the Clubs dugout include Khadiri Ikhana, Kennedy Boboye who guided the club to its historic NPFL title in 2017 and Abdu Maikaba