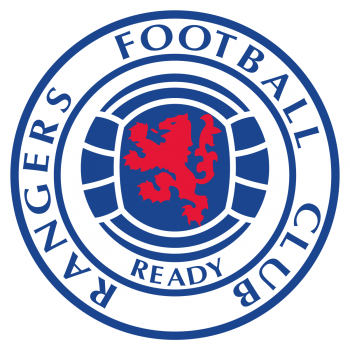 Rangers Football Club is a Scottish professional football club based in the Govan district of Glasgow, which plays in the Scottish Premiership. Although not its official name, it is often referred to as Glasgow Rangers.

The fourth-oldest football club in Scotland.

Rangers' home ground, Ibrox Stadium, which was designed by stadia architect Archibald Leitch and opened in 1929, is a Category B listed building and the third-largest football stadium in Scotland. The club has played in royal blue shirts for the entirety of its history.

Rangers is the second most successful club in world football in terms of trophies won, behind only Egyptian club Al Ahly.

The club has won the Scottish League title 54 times, a domestic league joint world record, the Scottish Cup 33 times, the Scottish League Cup a record 27 times, and the domestic treble on 7 occasions, more than any other club. Rangers won the European Cup Winners' Cup in 1972 after being losing finalists twice in 1961 (the first British club to reach a UEFA tournament final) and 1967. A third runners-up finish in European competition came in the UEFA Cup in 2008.

Rangers has a long-standing rivalry with Celtic, the two Glasgow clubs being collectively known as the Old Firm, which is considered one of the world's biggest football derbies. With more than 600 Rangers supporters' clubs in 35 countries worldwide, Rangers has one of the largest fanbases in world football. The club holds the record for the largest traveling support in football history when an estimated 200,000 Rangers fans arrived in the city of Manchester for the 2008 UEFA Cup Final.

One of the 11 original members of the Scottish Football League, Rangers remained in the top division continuously until a financial crisis during the 2011–12 season saw an administration event occur and the original company liquidated with the assets moved to a new company structure. The club was accepted as an associate member of the Scottish Football League and placed in the fourth tier of the Scottish football league system in time for the start of the following season. Rangers then won three promotions in four years, returning to the Premiership for the start of the 2016–17 season. While in the Scottish lower divisions, Rangers became the only club in Scotland to have won every domestic trophy.