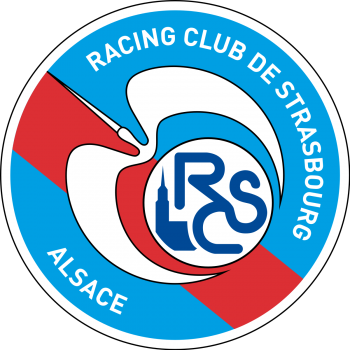 It has possessed professional status since 1933 and is currently playing in Ligue 1, the top tier of French football, ever since winning the 2016–17 Ligue 2 championship.

This comes after the club was demoted to the fifth tier of French football at the conclusion of the 2010–11 Championnat National season after going into financial liquidation. Renamed RC Strasbourg Alsace, they won the CFA championship in 2012–13, and eventually became Championnat National champions in 2015–16.

They are managed by Thierry Laurey, who replaced Jacky Duguépéroux in May 2016.

The club is one of six clubs to have won all three major French trophies: the Championship in 1979, the Coupe de France in 1951, 1966 and 2001, and the Coupe de la Ligue in 1964, 1997, 2005 and 2019. Strasbourg is also among the six teams to have played more than 2,000 games in France's top-flight (spanning 56 seasons) and has taken part in 52 European games since 1961. Despite these accomplishments, the club has never really managed to establish itself as one of France's leading clubs, experiencing relegation at least once a decade since the early 1950s. Racing has changed its manager 52 times in 75 years of professional play, often under pressure from the fans.