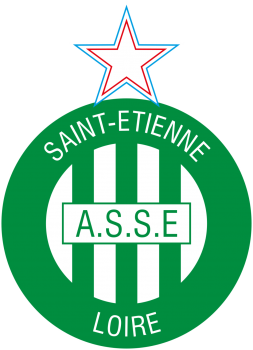 The club was founded in 1933 and plays in Ligue 1, the top division of French football.

Saint-Étienne plays its home matches at the Stade Geoffroy-Guichard which has a capacity of 41,965.

The team is managed by Claude Puel and captained by Loïc Perrin, who started his career at the club in 1996. Saint-Étienne is known as Les Verts meaning "the Greens" due to its home colors.

Saint-Étienne has won a record ten Ligue 1 titles, as well as six Coupe de France titles, a Coupe de la Ligue title, and five Trophée des Champions. Saint-Étienne has also won the Ligue 2 championship on three occasions. The club achieved most of its honors in the 1960s and 1970s when the club was led by managers Jean Snella, Albert Batteux, and Robert Herbin.

The club's primary rivals are Olympique Lyonnais, based in nearby Lyon, with whom they contest the Derby Rhône-Alpes. In 2009, the club added a female section.