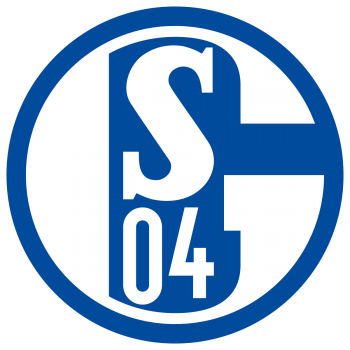 Fußballclub Gelsenkirchen-Schalke 04 e. V., commonly known as FC Schalke 04 or Schalke, Schalke 04, or abbreviated as S04  is a professional German football and multi-sports club originally from the Schalke district of Gelsenkirchen, North Rhine-Westphalia.

Founded in 1904, Schalke has won seven German championships, five DFB-Pokals, one DFL-Supercup, and one UEFA Cup. Schalke also succeeded as the first German club to win a cup double in 1937.

Since 2001, Schalke's stadium has been the Veltins-Arena. Schalke holds a long-standing rivalry with Ruhr neighbors Borussia Dortmund, arguably one of the most widespread and well-known rivalries in German football, and matches between the two teams are referred to as the Revierderby.