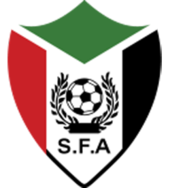 The Sudan national football team represents Sudan in international football and is controlled by the Sudan Football Association, the governing body for football in Sudan. In 1957, it was one of the three teams to participate in the inaugural African Cup of Nations, the other two being Egypt and Ethiopia and The team is a member of both FIFA and the Confederation of African Football Football  (CAF).

Sudan is one of the oldest teams in Africa and has a rich history, especially in the 1950s and up to the 70s. They won the 1970 African Cup of Nations 1970 Africa Cup of Nations as hosts with Mustafa Azhari as their best player. After beating Ethiopia 3–0, and a 1–0 defeat against Ivory Coast, they secured a place in the semi-finals by beating Cameroon 2–1. They overcame Egypt 2–1 after extra-time in the semi-final and won 1–0 against Ghana in the final to become African champions. Since then, Sudan has witnessed a significant decline and deterioration in football at the country, thus the country is unable to repeat the feat they used to achieve before.

In 2018 they qualified for the Africa Cup of Nations after failing to do so in two previous competitions and finished 3rd place, and it was seen as a signal heralding a new era of Sudanese football. Shortly after, with an almost identical crop of players, Sudan succeeded in qualifying for the 2021Africa Cup of Nations, finishing ahead of powerhouse South Africa, including two famous wins at home against Ghana and South Africa and eliminated the South Africans in process, successfully returned to the AFCON after nine years. The optimism increased when Sudan beat Libya 1–0 in the qualification for the 2021 FIFA  Arab Cup, under the same management of French coach Hubert Velud, making impressions that Sudan would soon recover its glorious place among Arab and African football nations.

However, Sudan has a disastrous opening during the 2022 FIFA World Cup qualifier. Being drawn with the likes of a fellow Arab state and powerhouse Morocco, as well as Guinea-Bissau and Guinea which have never taken part in a World Cup like Sudan, the Sudanese were still being regarded as somewhat better than the two Guineas and could be a potential competitor against Morocco. Sudan started its quest with a 0–2 away to the Moroccans in Rabat, which was seen as acceptable. Yet in the home fixture against Guinea-Bissau, Sudan was completely trashed by the Bissau-Guineans 2–4, to leave the team in the bottom place and reduce hopes to qualify for a maiden World Cup. Sudan's hope was completely dashed after winning only two points after two consecutive draws over Guinea, effectively making Sudan the first team to be eliminated in the group.

The Falcons of Jediane Head Coach is Burhan Tia and the team's home stadium is Khartoum Stadium. Most Caps player was Muhannad El Tahir with 82 Appearances, The team's all-time highest goal scorer was also Nasr El-Din Abbas with 27 goals. Their current captain is Akram Al-Hadi who is currently playing as a Goalkeeper for Toti SC.