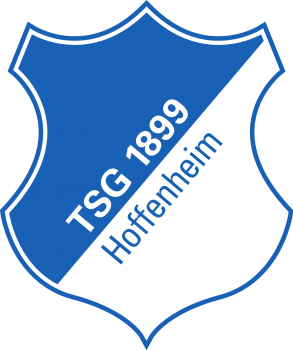 Originally founded in 1899 as a gymnastics club, Hoffenheim came into being in its modern form in 1945. A fifth division side in 2000, the club rapidly advanced through the German football league system with the financial backing of alumnus and software mogul Dietmar Hopp, and in 2008 Hoffenheim was promoted to the top tier Bundesliga. In the 2017–18 season, Hoffenheim finished third in the Bundesliga (its best to date), qualifying for the UEFA Champions League group stage for the first time.

Since 2009, Hoffenheim has played its home games at the Rhein-Neckar-Arena (currently known as PreZero Arena), having previously played at the Dietmar-Hopp-Stadion from 1999.

TSG 1899 Hoffenheim made their loftier ambitions clear in 2006 when the club's management decided to build the new 30,150 seat Rhein-Neckar-Arena suitable for hosting Bundesliga matches. The stadium was original to be built in Heidelberg before the selection of a site in Sinsheim.

They opened their first season in the 1. Bundesliga at the 26,022 capacity Carl-Benz-Stadion in Mannheim and played their first match in their new stadium on 31 January 2009.

Interwetten betting company has agreed to be the stadium's betting partner for TSG Hoffenheim from August 2017 to 2020.