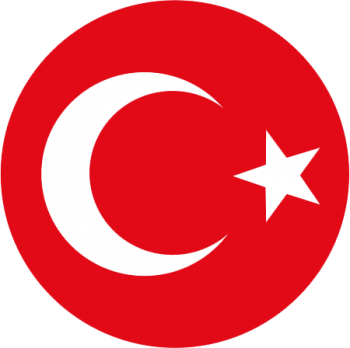 Turkey National Football Team represents Turkey in men's international football and is controlled by the Turkish Football Federation, the governing body for football in Turkey. The team represents both FIFA and UEFA.

Turkey has qualified three times for the FIFA World Cup, in 1950, 1954, and 2002, although they withdrew from the 1950 event. Turkey has also qualified five times for the UEFA European Championship, in 1996, 2000, 2008, 2016, and 2020. They have reached the semi-finals of three major tournaments: the 2002 World Cup, the 2003 FIFA Confederations Cup, and Euro 2008. After their third-place finish at the 2002 World Cup, which marked a high point in Turkish football history, Turkey occupied a spot in the top ten of the FIFA World Rankings for the first time since the rankings were introduced in December 1992

They are called Ay-Yıldızlılar which means the Crescent Stars.

They are ranked 29th on FIFA Ranking

Turkey has developed several notable rivalries, the most well-known being with Croatia and Greece.