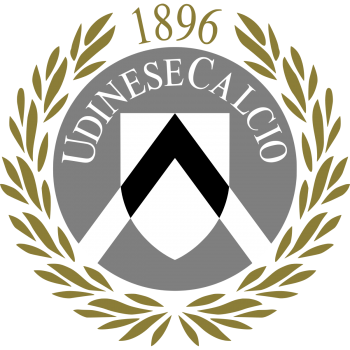 Udinese Calcio, commonly referred to as Udinese, is an Italian football club based in Udine, Friuli-Venezia Giulia, which currently plays in Serie A. It was founded on 30 November 1896 as a sports club, and on 5 July 1911 as a football club.

The traditional team home kit is a black and white striped shirt, black shorts, and white socks. The club broadcasts on channel 110 (Udinese Channel) on digital terrestrial television in the north-east of Italy. It has many fans in Friuli and the surrounding areas.

After a year in the Champions League, Udinese finished tenth and returned once more to mid-table mediocrity. The turning point occurred during the summer of 2007 when the club announced the appointment of Sicilian manager Pasquale Marino and also made various quality purchases including Fabio Quagliarella and Gökhan Inler.

The 2007–08 season started well with a draw at home against champions Internazionale, but the enthusiasm was quickly erased after the first home match which finished in a 5–0 loss to newly promoted Napoli. After this match, Udinese's fortunes changed, starting with a victory over Juventus thanks to a late Antonio Di Natale goal. Udinese remained in contention for the fourth Champions League spot with Milan, Fiorentina, and Sampdoria until the end of the season, but ultimately finished in seventh place, qualifying for the UEFA Cup.

At the start of the 2008–09 season, during the press conference to present the new season's kit, the new official website was also presented, and an absolute novelty in the Italian championship, the first Web TV channel dedicated to a football club called Udinese Channel was launched, totally free and visible worldwide.

In the 2008–09 season, Udinese had a mixed bag of results in Serie A with a 3–1 win at Roma and a 2–1 win over Juventus, but 10 losses against teams including Reggina, Chievo, and Torino dented their hopes of Champions League qualification. In the UEFA Cup, Udinese found themselves in a group with potential favorites Tottenham Hotspur, NEC, Spartak Moscow, and Dinamo Zagreb, but eased through the group with a convincing 2–0 win against Tottenham. They beat Lech Poznań in the next round 4–3 on aggregate, and then beat holders Zenit Saint Petersburg 2–1 on aggregate. In the quarter-final against Werder Bremen, with injuries to star players Antonio Di Natale, Samir Handanovič, and Felipe, they lost 6–4 on aggregate. Fabio Quagliarella managed eight goals in the campaign. They finished the season in seventh place, missing out on any European football the following year.

The 2009–10 season was an extremely disappointing one for players and fans alike. Even though Antonio Di Natale managed to score 29 goals in the league and finished top goalscorer, the season was spent battling against relegation. In the end, they finished in 15th, nine points and three places clear of the relegation zone. The only highlight of the campaign was reaching the semi-final of the Coppa Italia, beating Lumezzane in the round of 16, Milan in the quarter-finals, and eventually losing 2–1 to Roma on aggregate.

In the summer transfer window of 2010, Udinese sold Gaetano D'Agostino, Simone Pepe, Marco Motta, and Aleksandar Luković. They also brought in players that proved to be the key to their success in the 2010–11 Serie A; Mehdi Benatia and Pablo Armero, a central defender and wingback, respectively. After a poor start to the season, losing their first four games and drawing the fifth, Udinese went on to record their highest points total in history and finished in fourth place, again earning themselves a spot in the Champions League qualifying round. Di Natale, with 28 goals, became the first back-to-back capocannoniere since Lazio's Giuseppe Signori accomplished the feat in 1993 and 1994. A 0–0 home draw with Milan on the final matchday secured the Champions League spot for Udinese. Coach Francesco Guidolin kept his promise of "dancing like Boateng" if they qualified for the Champions League and did a little jig in the middle of the pitch. In the Coppa Italia, Udinese lost to Sampdoria in the round of 16 on penalties after the match ended 2–2.

The 2011–12 season continued in much the same fashion, even though Udinese lost three key players to larger clubs – Alexis Sánchez to Barcelona, Gökhan Inler to Napoli, and Cristián Zapata to Villarreal. In the Champions League qualifying round, Udinese was drawn against Arsenal and lost the away leg 1–0. At the Stadio Friuli, Udinese lost 2–1, 3–1 on aggregate, and entered the Europa League group stage, Antonio Di Natale missing a penalty that at the time would have taken Udinese through. Domestically, Udinese started strong but with their quality shown in defense, conceding the least of all teams after 15 games, only seven. For the second consecutive season, Udinese qualified for the Champions League, clinching third place on the final day of the season with a 2–0 away win against Catania. In the summer transfer window, key players Kwadwo Asamoah and Mauricio Isla were both sold to champions Juventus. The club failed to reach the group stage of the year's Champions League, however, losing on penalties after extra time to Portuguese club SC Braga. Antonio Di Natale scored 23 goals to record his third consecutive season with 20+ goals in Serie A.

Udinese started off the 2012–13 Serie A season in mixed form, with seven draws and three losses in their first thirteen games. However, starting in December the team began to pick up wins more frequently, concurrent with Di Natale finding the net on a regular basis. After a period of balancing wins with losses, the team went on a phenomenal eight-game winning streak to end the season, with Luis Muriel emerging as a key player. Like the 2011–12 season, Di Natale again finished with 23 goals, becoming the first player since Gabriel Batistuta, of Fiorentina, to score 20 or more goals in four or more consecutive seasons.

Over the coming years, Udinese would go on to finish middle to lower table in Serie A. In the 2017–18 season, Udinese manager Massimo Oddo was sacked after the club lost 11 straight games. Oddo was then replaced by Igor Tudor who guided the club to safety away from the relegation places.

Serie A: Udinese Stun Inter To Go Top Of Standings

Serie A: Udinese Stun Roma To Keep Mourinho's Side From Going Top

Serie A: Inter Stay On AC Milan's Trail With 2-1 Win At Udinese

Serie A: Osimhen's Double Crucial For Napoli Against Udinese To Go Level At Top