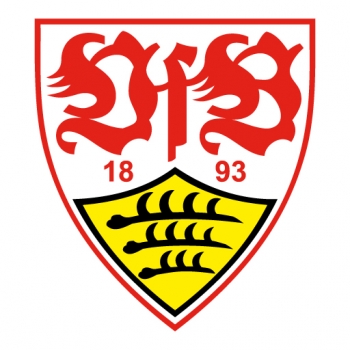 VfB Stuttgart is a German sports club based in Stuttgart, Baden-Württemberg. The club is best known for its football team which is currently part of Germany's first division Bundesliga.

VfB Stuttgart is one of Germany's most successful clubs. The club has won the national championship five times, most recently in 2006–07; the DFB-Pokal three times; and the UEFA Intertoto Cup a record three times.

The club is nicknamed Die Roten (The Reds), Die Schwaben (The Swabians)

The home ground is called Mercedes-Benz Arena with a capacity of 60,449.

The longest rivalry of VfB is the city rivalry with Stuttgarter Kickers. However, the respective first teams of the two clubs haven't played each other since Kickers were relegated to the 2. Bundesliga in 1992. Thus, this derby has increasingly been overtaken in importance by the Baden-Württemberg-Derby between VfB and Karlsruher SC. In this derby, old Badenese-Württembergian animosities are played out.

The rivalry with Bavarian side Bayern Munich is mainly one-sided, as VfB fans are angry at Bayern for buying some of Stuttgart's best players and coaches in recent years, such as Giovane Élber, Felix Magath, Mario Gómez, and Benjamin Pavard.