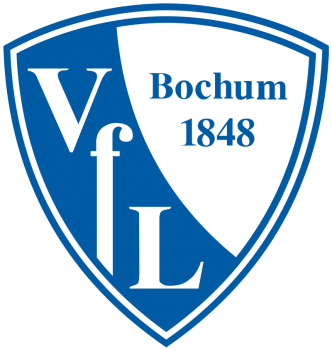 VfL Bochum is a professional German football club based in the city of Bochum, North Rhine-Westphalia who returned to the Bundesliga for the 2021-22 season.

The club has spent 34 seasons in the Bundesliga.

VfL Bochum is one of the oldest sports organizations in the world, claiming an origin date of 26 July 1848 when an article in the Märkischer Sprecher – a local newspaper – called for the creation of a gymnastics club.

With the formation of the Bundesliga, Germany's new professional league, in 1963 VfL found itself in the third tier Amateurliga Westfalen. A first-place result there in 1965 raised them to the Regionalliga West (II), from which they began a steady climb up the league table to the Bundesliga in 1971.

Today's sports club has 5,000 members, with the football department accounting for over 2,200 of these. Other sections now part of the association include athletics, badminton, basketball, dance, fencing, gymnastics, handball, field hockey, swimming, table tennis, tennis, and volleyball.