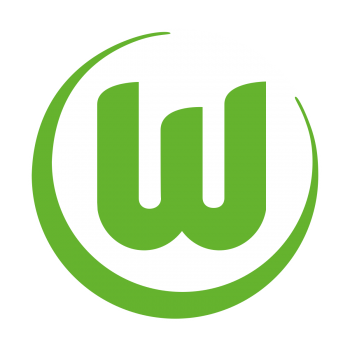 Verein für Leibesübungen Wolfsburg e. V., commonly known as VfL Wolfsburg or Wolfsburg, is a German professional sports club based in Wolfsburg, Lower Saxony. The club grew out of a multi-sports club for Volkswagen workers in the city of Wolfsburg. It is best known for its football department, but other departments include badminton, handball, and athletics.

The men's professional football team plays in the Bundesliga, the top tier of the German football league system. Wolfsburg has won the Bundesliga once in their history, in the 2008–09 season, the DFB-Pokal in 2015, and the DFL-Supercup in 2015.

Professional football is run by the spin-off organization VfL Wolfsburg-Fußball GmbH, a wholly-owned subsidiary of the Volkswagen Group. Since 2002, Wolfsburg's stadium is the Volkswagen Arena.

Wolfsburg remained a second division fixture over the next dozen years with their best performance being a second-place finish in 1970. That finish earned the club entry to the promotion round playoffs for the Bundesliga, where they performed poorly and were unable to advance. From the mid-1970s through to the early 1990s, Die Wölfe played as a third division side in the Amateur Oberliga Nord. Consecutive first-place finishes in 1991 and 1992, followed by success in the promotion playoffs, saw the club advance to the 2. Bundesliga for the 1992–93 season.

Wolfsburg continued to enjoy some success through the 1990s. The team advanced to the final of the German Cup in 1995 where they were beaten 0–3 by Borussia Mönchengladbach but then went on to the top flight on the strength of a second-place league finish in 1997.

Early predictions were that the club would immediately be sent back down, but instead, the Wolves developed into a mid-table Bundesliga side. In the 1998–99 season, Wolfsburg, under Wolfgang Wolf, were holding onto the fifth spot in the 33rd round of fixtures, and they had hopes of making fourth place, to gain the UEFA Champions League participation. Losing 6–1 away to MSV Duisburg in the final fixture, the Wolves finished in sixth place with 55 points and qualified for next season's UEFA Cup. They also qualified for the Intertoto Cup in 2000, 2001, 2003, 2004 and 2005, enjoying their best run in 2003 after reaching the final in which they lost to the Italian side Perugia. This was followed by a couple of seasons of little success for the club, just narrowly avoiding relegation with two 15th-place finishes in the 2005–06 and 2006–07 seasons.