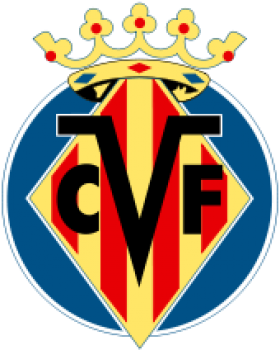 Villarreal Club de Fútbol, S.A.D.  usually abbreviated to Villarreal CF or just Villarreal, is a Spanish football club in Villarreal, a city in the province of Castellón within the Valencian Community. Founded in 1923, it plays in La Liga, holding home games at Estadio de la Cerámica, with a capacity of 24,890.

The club is nicknamed El Submarí Groguet or El Submarino Amarillo (Yellow Submarine) due to its yellow home kit, and due to being a low-profile team compared to Real Madrid, Barcelona, Atlético Madrid, and regional rivals Valencia, whom they have challenged for trophies over the last decade. Villarreal has often been touted as an example of a small but successful club.

After finishing seventh on their return to the Primera, Villarreal finished in 15th place for two-straight seasons.

Villarreal competed in the UEFA Intertoto Cup in the middle of 2002, defeating FH of Iceland, Torino of Italy, and Troyes of France. They lost in the final to compatriots Málaga, 2–1 on aggregate.

In the middle of 2003, they defeated the Dutch team Heerenveen in the final of the Intertoto Cup, thereby qualifying for the UEFA Cup. In their major European debut, Villarreal reached the semi-finals of the UEFA Cup, losing to neighbors and eventual champions Valencia. In the league, Villarreal finished in eighth place.

In the middle of 2004, Villarreal retained the Intertoto Cup, beating compatriots Atlético Madrid on penalties after the final finished 2–2 on aggregate. This qualified them for the UEFA Cup. They lost in the quarter-finals of the 2004–05 UEFA Cup to Dutch side AZ, losing 3–2 on aggregate. During the same season, Villarreal finished in third place in La Liga, earning the club their first direct qualification to a European tournament, the Champions League. The club's center-forward Diego Forlán won the Pichichi Trophy for top scorer in the league, with 25 goals.

Villarreal defeated the English Premier League's Everton in a play-off for the Champions League group stages. The group saw Villarreal go undefeated, drawing both games against Manchester United and achieving a draw and a win each against Lille of France and Benfica of Portugal. The win over Benfica was away and both teams advanced to the last 16

The club then drew 3–3 against Rangers of Scotland in the Last 16, advancing on away goals due to a 2–2 draw at Ibrox. In the quarter-finals, Villarreal beat Internazionale on away goals after finishing 2–2 on aggregate. The club bowed out in the semi-finals against Arsenal, losing 1–0 away at Highbury. Juan Román Riquelme had a penalty saved by Jens Lehmann in the home game, which finished 0–0. Arsenal went on to lose in the final in Paris to another Spanish club, Barcelona.

Villarreal finished seventh in La Liga, which only earned an Intertoto Cup position.

Villarreal contested the Intertoto Cup in the middle of 2006 and was knocked out in its first game, to Maribor of Slovenia. The first leg was lost 2–1 at home and the away game was a 1–1 draw. The team finished 5th in La Liga and qualified for the UEFA Cup.

Villarreal gained their best-ever league position in 2008, finishing second to Real Madrid by eight points, and also reached the last 32 in that season's UEFA Cup. After defeating BATE Borisov of Belarus in a play-off, the team won Group C unbeaten. Their group opponents were Fiorentina of Italy, Mladá Boleslav of Czech Republic, IF Elfsborg of Sweden, and AEK Athens of Greece.

In the last 32, Villarreal was defeated by eventual champions Zenit Saint Petersburg, losing the first leg 1–0 in Russia to a Pavel Pogrebnyak goal. The second leg was won 2–1 by Villarreal at El Madrigal, but Zenit advanced on away goals.

La Liga: Villarreal Stun Real Madrid To Give Barca Chance To Move Ahead