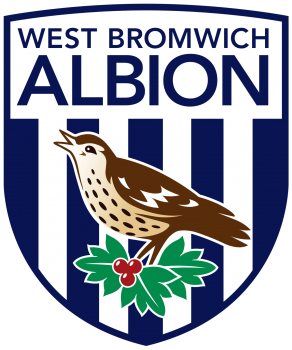 Home ground, The Hawthorns which has a capacity of  26,850

They gained promotion into the EPL after qualifying in the 2019-20 season of the EFL Championship.

West Brom's greatest rivals were Aston Villa from nearby Birmingham. However, most Albion fans tend to see Wolverhampton Wanderers as their main rivals, particularly as between 1989 and 2002 Albion and Villa were never in the same division but Albion was in the same division as Wolves for 11 out of 14 seasons. This had led to Aston Villa supporters now considering Birmingham City to be their fiercest rivals.