4 Ways To Connect Your Laptop To TV Screen 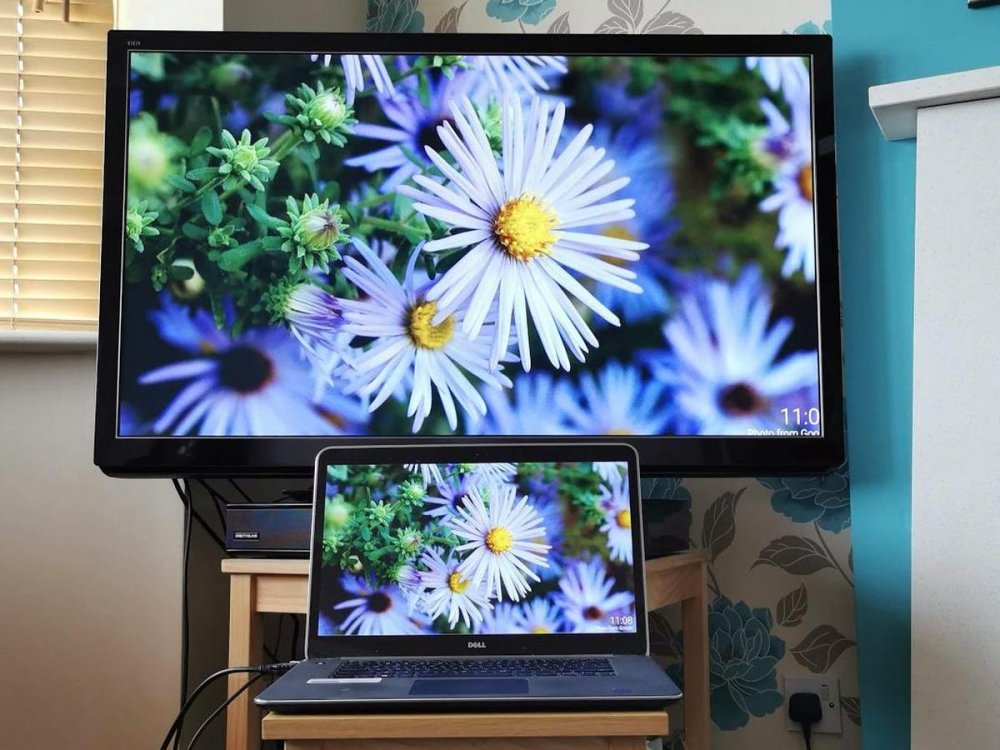 If for some reason you can’t access some things on your TV but you wish to watch everything you would on your laptop on TV then there’s a way to do so.

Nowadays, as long as you have a laptop and wifi you can pretty much watch anything on your TV screen. There are several ways to get it done—both wired and wireless—and which you choose just depends on your situation.

Below are some ways you can easily do so as layed out by Techmoran.

A standard HDMI cable is still the best way to get your PCs screen onto a TV. This is true whether that computer is a living room PC using a TV as it’s only video output, or PC with its own monitor that’s mirroring the contents of the primary display to the TV. Plug one end into an HDMI port on the back of your TV and the other into the HDMI port on your laptop or desktop. Switch the TV to the necessary input and you’re done!

Google Chromecast offers an easy way to get your computer’s display onto your TV without any cables. While Chromecast is generally used to “cast” content from a specific app or web page to your TV, you can also cast a specific browser tab. Not only that, but the Chromecast browser extension also lets you cast your computer's entire desktop to your Chromecast allowing you to view it on your TV screen.

READ MORE: How To Clean Your Laptop Keyboard

Using Netflix on your phone to mirror it on TV works out pretty well. Additionally, watching on YouTube or Solarmovies both give you the option of mirroring your screen on TV.