How To Charge Your Electric Car 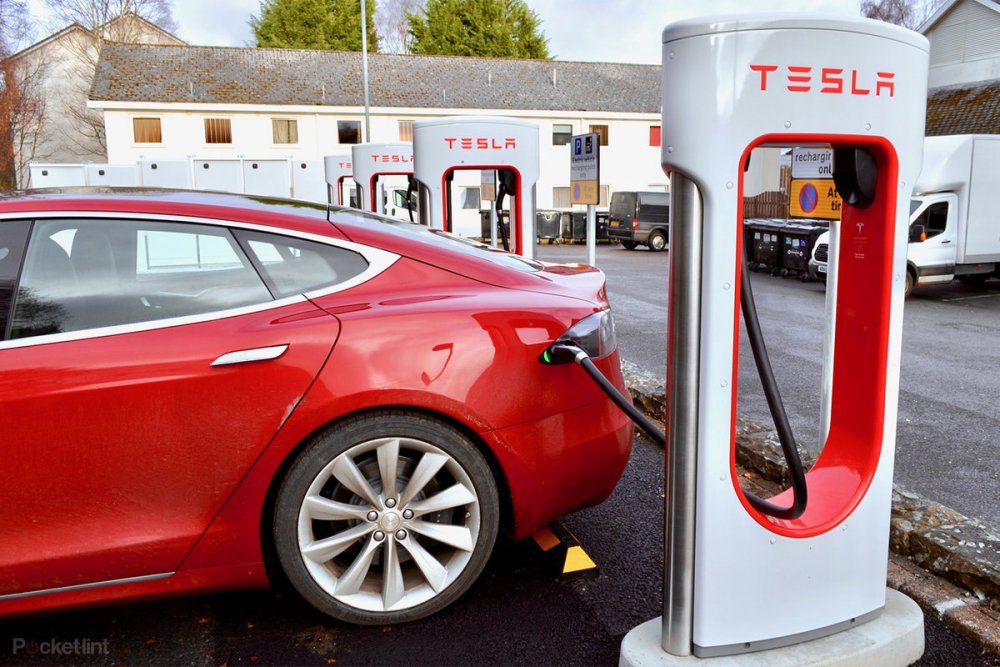 With a ban on new petrol and diesel car sales in the UK, the electric car is something we will all have to embrace.

So let us explain how electric car charging works in the real world.

Is charging an electric car difficult?

No, it isn't. Most people will charge their electric car at home overnight, with public charging only needed on long journeys. Is it more complicated than rolling into a fuel station? Yes, it can be.

Zap-Map which keeps a live database of the number of chargers in the UK, says there are over 12,000 charging locations in the UK, with over 35,000 connectors (at the time of writing). These are in common locations like restaurant car parks, shopping centers, or motorway service stations.

The simplest solution is home charging, but if that's not something that's available to you, then charging points in public car parks or at your place of work might be. It very much depends on how you want to use your car and whether you need it to be fully charged all the time.

What speeds do electric cars charge at?

There are really three different types of charging for electric vehicles at the moment, although things aren't completely standardised, so there's some variation around these options:

There are AC - alternating current (like your domestic power supply) - and DC - direct current chargers. The AC chargers are lower power, the DC chargers are the higher power.

However, the car itself plays a part in the rate of charging because it controls the flow of energy to the car's battery through its onboard charger. That will mean that the speed at which an individual car will charge when connected to a power source, will vary.

For example, some manufacturers will come with 11kW AC charging as standard and offer 22kW AC charging as an option. So, you could connect your car to a 22kW charger, but it might only charge at 11kW because the rate it charges at is governed by the car - so you'll need to check the small print for your car.

Equally, although there's up to 350kW charging on some networks, many cars only support 100kW charging, so they won't charge any faster. Here are some examples of common cars charging speeds at various rates:

Nothing in car charging is absolute because there are lots of variables, like environmental temperature, battery condition, and the number of people using the charging station so everything is an approximation. It's also worth noting that cars will vary the speed based on the charge level - up to 80 percent will charge fast, before dropping off to slower charging for the last 20 percent, which is done to preserve battery health in the vehicle.

What types of charging connectors are there?

Your car will likely come with the cables it needs for slow domestic charging (i.e., a three-pin/EU plug on one end) and AC fast charging, which is usually a detachable cable you'll connect to the charger and the car. Finally, for rapid DC charging, the cable will often be permanently attached to the charger like a fuel pump, so you just have to connect it to the car.

However, the connectors aren't all standard, but many look similar. 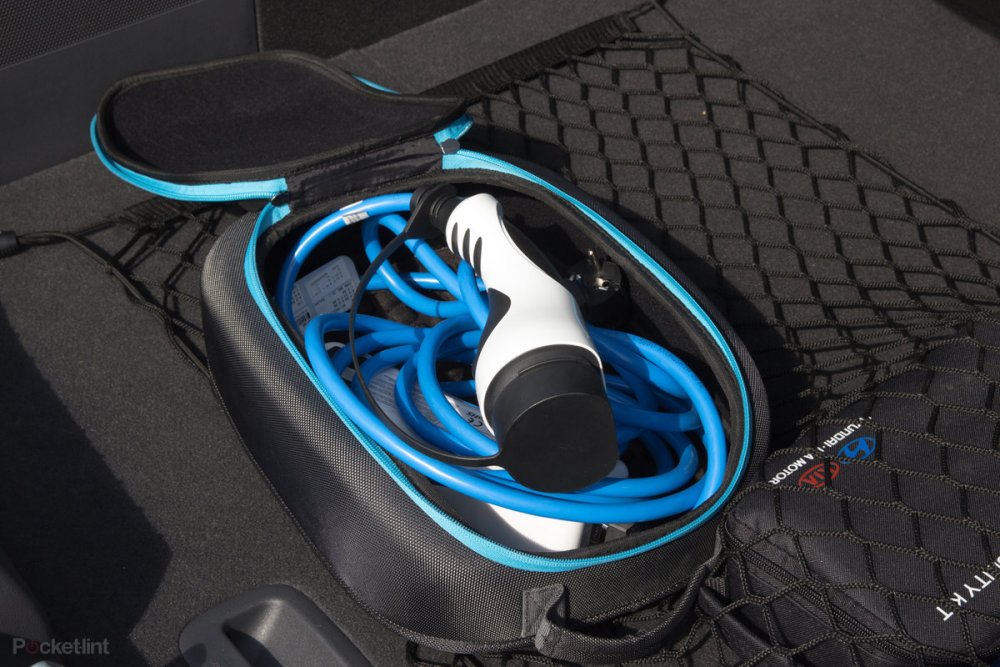 This is the standard for charging in Europe and it's likely to be what you get on a domestic wallbox or a public AC charger like you get at the supermarket. Your car will probably have a Type 2 socket on it and a Type 2 cable in the boot. Type 2 will usually be used for AC charging at slow and fast rates. This is one of the standards used for rapid charging and is the standard in Europe. It's called "combined" because the top of the charger is the Type 2 connector shape, with a couple of additional pins at the bottom for the direct current. This means that on the car itself, a Type 2 charger would connect to the top section for AC charging, but the fast CCS charger would connect at the bottom too for the DC charge. As this is a rapid charging DC solution, the cable is connected to the charger "pump" permanently.

Because Type 2 is part of this connection, you'll often find CCS on those Type 2 cars - Hyundai Ioniq, BMW i3, Audi e-tron. 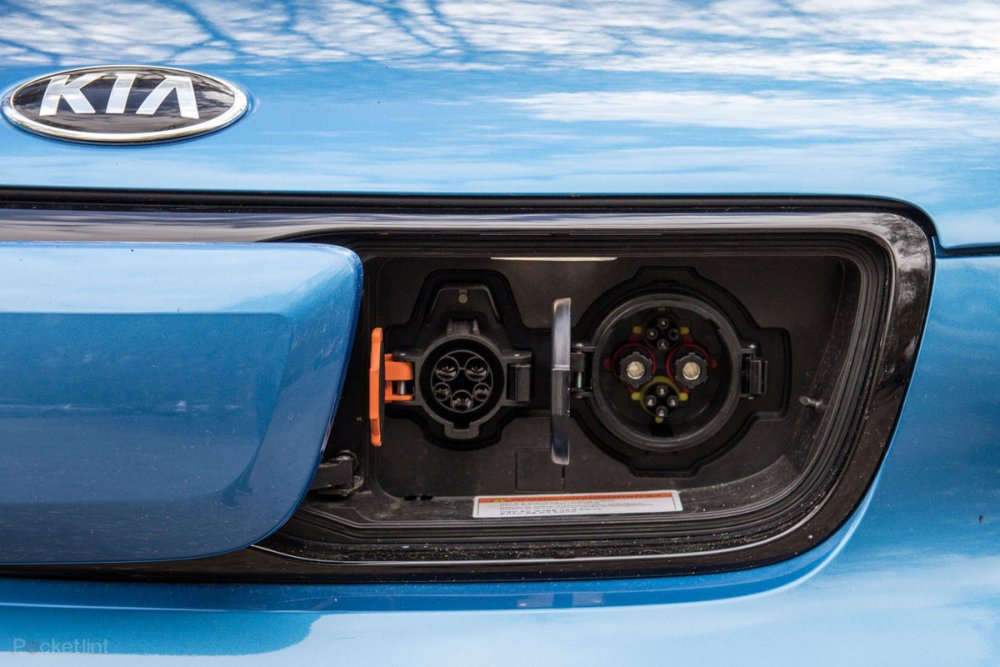 CHAdeMO is a larger connector used for DC rapid charging and you'll probably encounter it on the Nissan Leaf, or as pictured above on the right, the first-gen Kia Soul EV.

CHAdeMO is one of those rapid DC charging solutions you'll find where the cable remains connected to the fast charger. 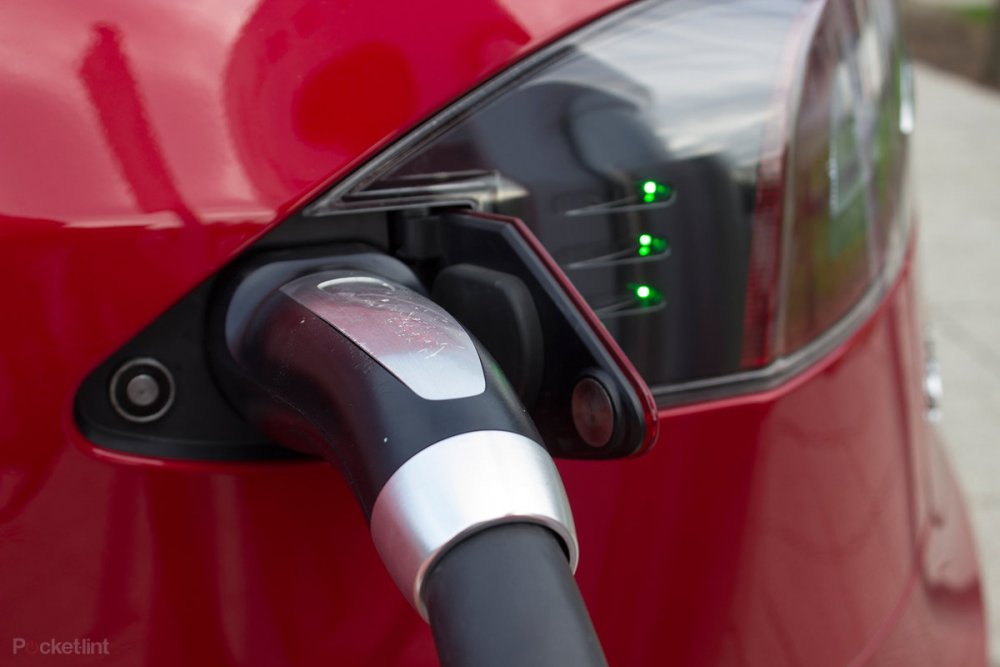 Tesla also uses the Type 2 connector in Europe, but it's a variant that will support rapid charging from a Tesla Supercharger. This means there's one socket that will use most connections, from Supercharger to cable connection to a wallbox. In the US, Tesla uses a different connector.

The Tesla Supercharger network is designed for Tesla cars only and even though you can potentially connect a car with a Type 2 socket, you won't be able to charge from it, because the car talks to the Supercharger to control the charging process. However, the more recent Tesla Model 3 in Europe has a CCS connector on it, meaning some Telsa Superchargers have CCS too, usually marked as for Model 3 owners. Note that although the connector will fit other cars with a CCS socket, if it's not a Tesla, it can't use Tesla's charging network.

There's also a Type 1 connector, although this is older and not widely used. It's on the original Kia Soul EV (and there's a cable supplied that connects to it), but the 2020 Kia Soul EV moved over to CCS.

While many wallboxes will use a Type 2 connector, there's also the MK Commando, the industrial socket, which might be used as a source connector, especially in Europe where we've seen it offered in hotels. In this case, you'll need to connect it to a charger cable and might need an adapter.

Why is the rapid charging only to 80 percent?

The given figures for rapid charge only tell you how long it takes to reach 80 percent. The reason for this is down to battery health, because the "rapid" part of the process only happens up to 80 percent, with the last 20 percent being much slower. This is to preserve battery condition and avoid overheating.

As the car manages the charging process, the rate of charging drops off as it fills, so that the last 20 percent will take a lot longer. If you're slow charging that's not a problem because the battery won't be getting hot, but on a fast charge, it might. In most cases, the car battery has a thermal management system that will operate to either heat or cool the battery so that it stays within the optimum operating temperature range.

What about domestic wallboxes?

Home charging is the most cost-effective way to charge your car. You'll be on your domestic tariff for starters and in many cases, you'll be able to say when charging will or won't happen. For example, you can tell your car to only charge off-peak so you're at a lower rate.

There are different types of wallbox, from the basic 3kW to a more standard 7kW. There are models with cables attached or those you connect to. A wallbox will need to be professionally installed and in many cases, the cost will be subsidised by the car manufacturer. Installation isn't hugely expensive. You can get a wallbox for about £250 installeD, but in some cases, buying a new car will get you a grant for a free wallbox install. 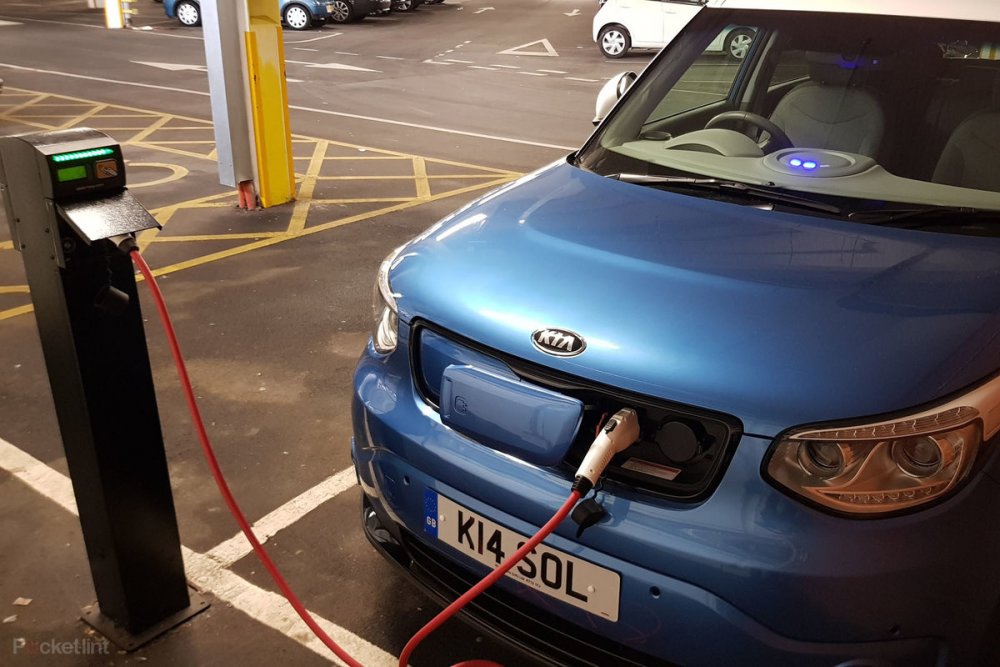 What about public charging networks?

This is where things get a little more complicated. There are a number of different charging networks across the UK and Europe that you can access in public.

In some cases, you'll need a card or an app to access a particular network's charger. That might sound confusing, but once you know what you have in your area and what you need to access, it will become a lot clearer.

For example, the Polar Network which is one of the UK's most prevalent networks, allows you to subscribe for a monthly fee (£7.85) to get access to its chargers, but you can then charge at no cost for the electricity you use on many of its network chargers. But it also offers pay-as-you-charge pricing too, meaning you can just stop and pay with a contactless card.

The UK's motorways have Ecotricity's Electric Highway installed, which requires you to sign-up and use the app on your phone. This will allow you to start and stop the charging and take care of the billing. You're charged per kW that you charge.

Ionity, which is installing some of the fastest chargers in the UK and Europe at 350kW, will let you use the app on your phone to connect and pay, although we've often found them to be free when we've used them.

Other networks, like GeniePoint (common in the South West of England), require you to sign-up but then use a web app through your phone. You can also register an RFID card (it can be any card, it just links it to your account), you then pay a £1 connection fee per charge and then a per kW that you take.

At the moment the public charging setup is full of variables. The easiest approach is to register for a couple of services you'll encounter - Polar and Electric Highway for example and use an app like Zap-Map to help you locate chargers when you're away from home charging. That will also let you see if the charger you want is working, as this might dictate the route you choose or where you park, for example.

Some manufacturers are also setting up other schemes that will allow access to various different charging networks (a little like Tesla), but you'll have to look at the individual specifics of any scheme you use. The Tesla Supercharger Network is by far the simplest solution at the moment because you just connect your car, it authenticates and then you get your charge - with the cost reflected on the screen inside. It's only available to Tesla cars, however.

How much do electric cars cost?

The price of electric cars is now firmly in the affordable category too, with basic models costing around £20,000 and new luxury models offering the experience to fit their £60,000+ price tag. The UK Government is still running the PICG incentive scheme that will see you get up to £3,500 off the price of an electric car that meets the set criteria. You can read more about the criteria for electric vehicles, and how much you could receive, on the UK Government website.

As for the electricity costs themselves, that will depend on the charging network tariffs or your domestic electric tariff (home is where most of the charging will happen, in which case, the Energy Saving Trust estimates you'll be paying around £2-4 per 100 miles. Increasingly, there's a push towards solar panels and domestic energy storage to take you off-grid, with the likes of Nissan and Tesla, both pushing this as an option.

There are also fewer moving parts, so servicing costs are much lower, meaning that on average, electric cars are cheaper to run than petrol or diesel cars. You also don't have to pay emissions charges and there are tax breaks for business users too, so EVs can be much more affordable to run than conventional combustion engine devices.